It's not often you come across Hip Hop 7"s on digging trips, but you would be surprised what can be found on a funky 45. Many were promo only, and pressed more as a gimmick rather than a pre-release item.
Let's raid Kid Dyno's crates in search of a dusty gem... 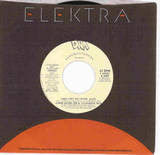 SUPERLOVER CEE & CASANOVA RUD - Super Casanova (probably their biggest hit and of course engineered by the late great Paul C, this promo-only DNA jukebox 7" was the follow-up to "Do The James" classic which was a smash in the NYC clubs in '87. Skillfull use of Joe Tex's "You said a Bad Word".) 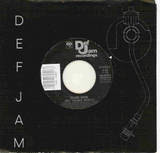 SLICK RICK - Mona Lisa (Ricky D back on plastic with the follow-up to La-Di-Da-Di with Doug E Fresh, this time using the classic FRISCO DISCO break. The 12" release was backed with "Hey Young World" from the GREAT ADVENTURES OF... LP also on DEF JAM. Originally hailing from South London, this is Slick Rick on top form!) 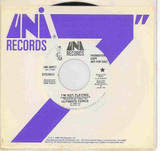 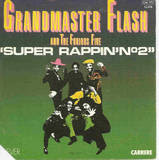 FLASH & FURIOUS 5 - Super Rappin' No. 2 (The ENJOY old school classic from 1980 gets the French treatment on a rare Carrere picture sleeve. The original ENJOY release is a tough one to find on 7". In my opinion this is the best release from Flash and the F5, and here MCs RAHIEM, MELLE MEL, MISTER NESS, SCORPIO and COWBOY really show off their rhyme skills) 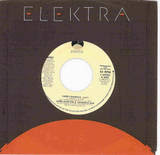 SUPERLOVER CEE & CASANOVA RUD - Girls I Got 'Em Locked (they had that incredible Studio 1212 sound, and with Superlover Cee's braggadocious rhymes, this makes for a killer DNA promo only 45)

ahh the hip-hop 7", i loved em, then hated them and now love 'em again! Too many favourites to mention at the mo

Keep up the great work fella's