I finally got round to recording another hour or so of our vinyl tomfoolery here at the DAILY DIGGERS HQ. Sorry for the long wait ... but I've been mad busy lately . I gotta be honest though, 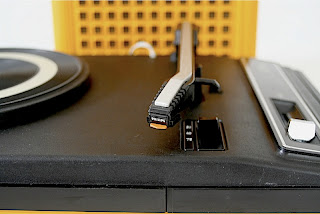 there's no real preparation to what records we play, other than that my buddy BEAT DETECTIVE brings round a bag of his freshest wax finds, and I pull out of my racks whatever feels right at the time. Let's call it a spontaneous beatdown.
There's plenty of breaks & beats to go round this week - definitely one for the beatheads. But of course we wouldn't dare leave you without dropping a few hip hop gems. I hope you enjoy the "less talk more sounds" approach this week. Rock on!

The regular readers of BREAKS FOR DAYS will remember my post a couple of years back about the legendary DOUBLE GOOSE COUNTRY leather jackets made famous by the likes of RUN DMC, RAKIM, LL COOL J, and all your 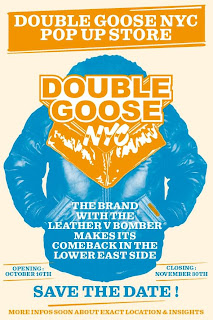 other favourite rappers. That's right, anyone who was anyone in Hip Hop back in the 1980's sported a v-stitch GOOSE with fur collar. Now that shit was super fresh back in the days, and it's super fresh right now. The guys from DOUBLE GOOSE in France have opened a pop-up store in NYC and you know it's gonna be a sell out. So do not sleep, as these new DOUBLE GOOSE jackets are made to the highest quality, and in some of the freshest colours. I've even heard that to celebrate bringing the DOUBLE GOOSE jacket back to New York City, they are producing a limited number of orange v-stitch bombers. Holy smoke, I NEED one of those jackets (Thomas from DOUBLE GOOSE I hope you're reading this!). 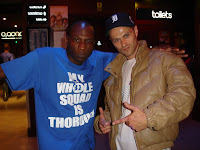 As my readers already know I'm a serious GOOSEDOWN addict, so I need to add to the 3 originals I already own. And I must say that I fully support DOUBLE GOOSE and give them massive props for bringing the real deal jackets back onto the streets. The photo on the left shows SKEME RICHARDS RSC (super rocking break deejay) and my bad self sporting my original beige v stitch bomber GOOSE (and yes I do still have the fur). Check out my earlier GOOSEDOWN post using the link below, and get your arse down to the pop-up store in NYC and keep yourself warm this winter, whilst still looking superbootytuff!

Get Down with the Goosedown

And a shout to Thomas @ DOUBLE GOOSE - please keep a bottle-green bomber with black fur on ice for your boy Kid Dynomite. Say word!

Thanks to SKEME RICHARDS for the photo (it was great to hook up at the b-boy champs homeslice!)

& props to OLLIE TEEBA for sporting his red v-stitch DOUBLE GOOSE bodywarmer at KING OF THE BEATS last month...now that's that shit! 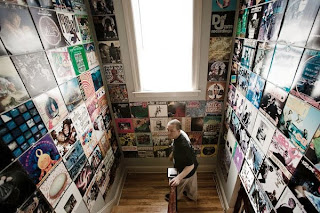 If you're a heavy record collector with an addiction to all things fonky, then you NEED to check out this dope interview with DJ SHAME by my man EILON PAZ from www.dustandgrooves.com. That's some crazy records on the wall huh? Massive props go to EILON for documenting the beatdigging and record collecting culture. If you didn't know about his Dust & Grooves website, then NOW you KNOW! And keep checking his site cuz you never know who may pop up next ... ;o) 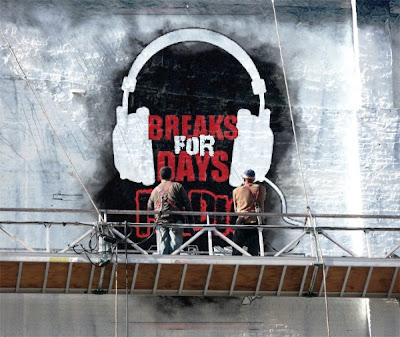 Calling all you beatdiggers and hip hoppers! If you got any requests, you know what to do. Stay tuned. 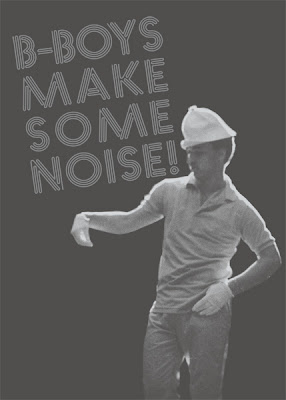