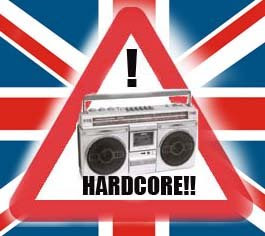 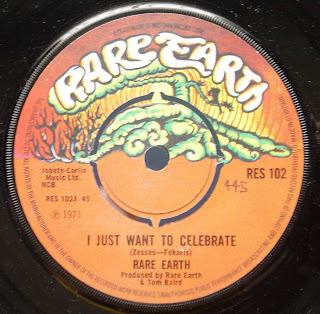 BREAKS FOR DAYS BEATS FOR WEEKS reached its one year birthday this week....July 17th to be precise. The next record is therefore very appropriate....I just wanna celebrate! This track by RARE EARTH has been used by many from PEOPLE UNDER THE STAIRS to PEANUT BUTTER WOLF, but most recently by GHOSTFACE on "We Celebrate".

RARE EARTH always had some funky shit going on, and this 45rpm single is typical of that and also has the track "THE SEED" on the flipside...as used by Gangstarr. 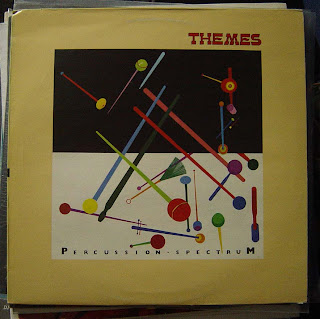 Now normally I ain't one to hunt down Library LPs on my diggin' travels, mainly because finding the dope ones is kinda hard amongst so many that are complete rubbish! But every so often I stumble across a reasonably priced Library LP which sounds like it will give up the goods. In truth I could call my good friend DJ Skye who seems to own EVERY killer Library LP known to man....but now that would be cheating to rely on his knowledge wouldn't it!
So anyway, the THEMES LP above was a blind purchase based on the track titles and the fact that it was percussion-based. Thankfully it did not disappoint me! Tracks composed by Barry Morgan and Ray Cooper. Check out 2 of the best tracks below.....

Hey party people we're back in EFFECT and really proud to present, for your download pleasure, a super tight & super bootytuff mixtape courtesy of MR KRUM from the ILL TECHNICIANS and CRATE INVADERS crews. This is one to download and bang throughout the summer and into winter then into spring....! 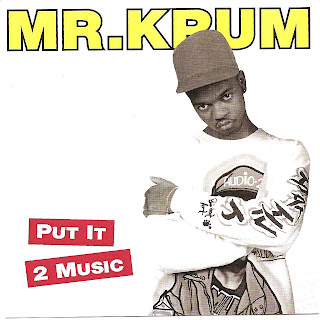 Now many of our regular readers will know of MR KRUM's excellent work from his "PUT IT 2 MUSIC" mix from last year featuring some seriously inventive Hip Hop accapella/instrumental action. Now we loved his twist on things, so if you don't already own a copy then may we suggest you hit up MR KRUM himself (just click and ask away!). Or maybe you bought some wax or traded rare vinyl with him over the wonderful worldwide web thingy - remember Eastside Records?
Some of you on the South Coast of the UK will also know of the man himself from his regular appearances at POSITIVITY in Brighton, and he of course will also be at the BRIGHTON HIP HOP festival later this month. Now even though he is an extremely busy man and bordering-on-obsessive beat digger, he managed to tear himself away from the boot sales and charity shops, put down the MPC beat machine and the fistful of breakbeats.... and has blessed us here at BREAKS FOR DAYS BEATS FOR WEEKS with a lil sumthin' for your eardrums!

This is definitely one for the Hip Hop crowd (the fans and the collectors)....but believe me KRUM's knowledge of BREAKS goes deeper than Jacques Cousteau! So as JUST-ICE would almost definitely say......"na touch da KRUM!!"

There are some absolute stonking classics right here - tightly mixed to form one hell of an hour of dope shit! And for the more inquisitive amongst you there are also some kinda slept-on tunes in the second half that you really should dig out from your crates and give another listen, or if you don't own them it'll make you wanna find 'em.

Enjoy the mix and catch MR KRUM down at the BRIGHTON HIP HOP festival, launch party tonight (yes TONIGHT!) at THE LOFT in Ship Street, Brighton......and you don't stop!