As an apprentice beat digger many years ago, I recall being amongst other break heads much more experienced than I who were swapping knowledge on drum break LPs. The names dropped were very often so unforgettable or strange that I could only remember the more well-known artists. Damn this was frustrating! 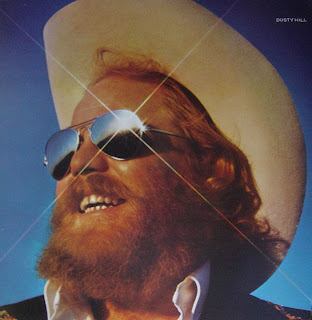 And I wasn't about to start pulling out a pad and a pen, as this wasn't the done thing either. Break collectors can be secretive cats, as I'm sure many of you are aware, but so would you be if everyone found out the beat you just sampled - both from the sampling & copyright aspect and the fact that other heads will be straight-up-and-down biting your shit!
So very often I left these conversations trying my best to recall as many artists and track names as I possibly could, and then I would set off in my hunt for those beats.
But the mere fact that I could remember the popular artist names, didn't always help in my quest for the perfect drum beat. Usually the desired LP will be an obscure or early release, and can be a bitch to find despite it being a major name. Right now I could drop names like Elvis Presley, Bryan Ferry, Jefferson Starship, The Eagles, Black Sabbath, Thin Lizzy, Rare Earth, Cliff Richard, Joe Cocker..... but I guess you have these already.
I remember there was one name that popped up on the regular, but was only spoke of in vague terms so as to keep this domecrushing break under wraps! 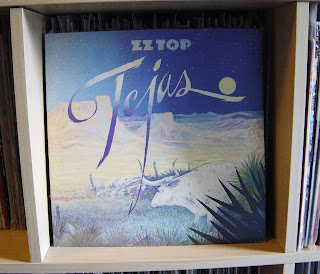 The name was ZZ TOP - nah surely these heavy guitar dudes with their huge beards couldn't be responsible for a killer drum break - could they? I rarely got to hear the LP name, or see the cover for that matter, but even when someone named the title I was still none the wiser. The search continued, until my partner in beats THE BEAT DETECTIVE (happy birthday homeslice!) finally unearthed what we were looking for. The album was named "TEJAS" and on LONDON RECORDS from 1976, and believe me these bearded guys drop it heavy!
With the banging drums in the intro, which by the way are great for sampling the individual kick snare etc., this track seems at first to be a solid country rock joint and then after 3 minutes flips to a sinister breakdown! I'm not sure from the title "It's Only Love" whether this is supposed to be a hairy biker love song or not, but when it breaks down it's more perfect for the beatheads and b-boys alike, forget your girlfriend! The guitar stabs over the break are absolutely massive, and laced over the top are some funky harmonica riffs! I still can't believe it's ZZ TOP.
So take a peep, the drums in the intro are merely a taster of what is to come. This might not be your normal listening, but hold tight .... wait a minute!

Probably my favourite Rock break ever! The drum are HAAARRRRD and the whole break is just ridiculous.

You've been super busy on the blog and as ever, great reading/listening.

Love that Big Daddy Kane remix by the way.