I'm very sad to inform you that the legend that was GRANDMASTER ROC RAIDA passed away yesterday September 19th, seemingly after being involved in a martial arts accident. This news of his unexpected death is terrible! I can honestly say he was a very humble dude despite his on-deck battling persona, 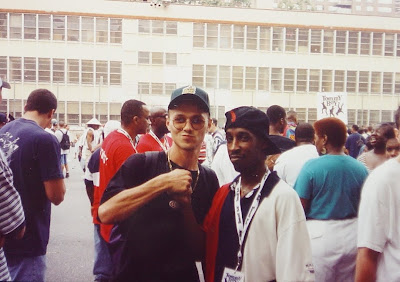 and the XECUTIONERS member was a true legend of the deejay game NO DOUBT. That's why they named him the GRANDMASTER. I was very lucky to see him on the wheels of steel both live in LONDON as he won the DMC world champs, and also out in New York at the ROCKSTEADY CREW anniversary 1994-96. I witnessed the legendary SKRATCH PICKLZ vs X-MEN DJ battle at THE MANHATTAN CENTRE in 1996, and my spine was till tingling weeks later such was the excitement that night.

RAIDA, you will be very sorely missed. Our thoughts are with your family, crew and closest friends. Rest in Beats.

Anthony Williams p/k to the world as The Legendary Grand Master Roc Raida has passed away unexpectedly today Sept 19 2009. He is survived by his wife, 3 lovely daughters, mother and friends. Raida was recently in an mixed martial arts accident, something that he has been practicing for several years. Although he had under gone 2 surgeries with great success, was released to an inpatient physical therapy facility and was in great spirits the past few days. This morning [sept. 19] he started to have complications and passed. The family asks for privacy at this time.

Video below: ROC RAIDA in the DMC world champs.


RAIDA rocking the wheels at the VESTAX DJ CHAMPS in AMSTERDAM. 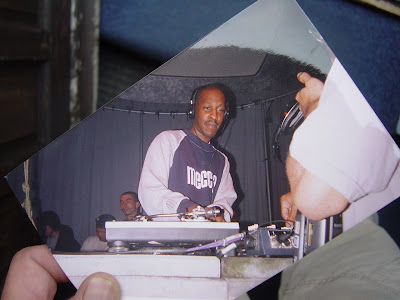 met him once at DMC's a couple of years ago and he seemed to be a very modest, unassuming chap.
Definately a super talenteded DJ.
R.I.P