It's been a long time - I shouldn't have left you...without some strong beats to step to. So here I am back with some more baddaass b-boy breaks on 45 to quench your thirst for beats. It's been a while since my last 45rpm special, 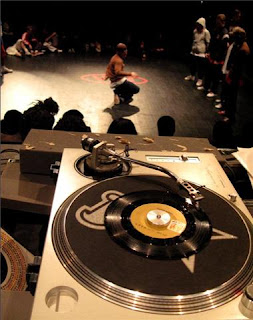 so I've included some essential rhythms for the b-boys and b-girls. It's now five years since my good friend and legendary break DJ JAMES LEACY passed away, and I still find myself looking for records that he put me up on years ago. Plus there's a few records he wouldn't reveal (not even to me - he was a stickler for hip hop traditions) that I'm only finding now in 2009. Damn, he was at the pinnacle of his game when we lost him. But his legacy grows bigger together with the growth of the B-Boy culture, and I like to see that. We miss you JIM!
So a mixture of my feelings about LEACY, and hearing SKEME RICHARDS play recently at the SONY ERICSSON UK B-BOY CHAMPS has inspired me to pull out some fresh b-boy beats from the DAILY DIGGERS crates. You know we got tons of beats ready for the throwdown or hoedown, so here goes.... 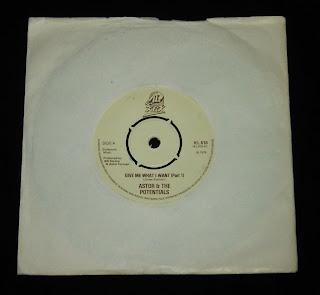 DIGGERS SOUND break mix from a few years back, mainly because the breakdown is, as KURTIS BLOW would say, "so damn tough". But both here and there I use the instrumental version, whereas the a-side pf the 45rpm has female vocals included. Either way the compulsive rhythm gets you in the uptempo groove, and lures you onto the dancefloor. And when the breakdown comes it has more shuffle than Muhammed Ali!

ORGANIZATION - "Smokey Feeling" T.A.T. RECORDS
This 45 is actually a hard to find bootleg of one of the cuts off the ORGANIZATION LP (a seriously rare piece) 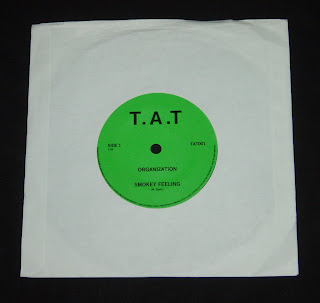 but even this unoffical 45 makes mad loot on the internet as the demand for it is so high. I have been lucky enough to see the original LP in the flesh, and I know who pressed up the 45rpm, although it was over 15 years ago now. T.A.T. stands for "That's A Tune" I am reliably informed.
As far as I know, this is the funkiest cut off the LP and features some monster horn riffs over heavy sounding and very crisp drums. I love it personally, yet I have never heard it spun for a b-boy circle. If you know otherwise please hit me up with a comment.

RUFUS THOMAS - "Do The Funky Penguin pt2" STAX RECORDS 1971
I'm sure everyone knows this classsic UBB break beat already, but it's part II that really rocks the house in my humble opinion. 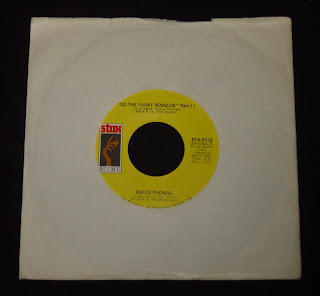 Those killer drums in the intro are insane, and as usual with a 45rpm pressing they sound much fatter than on any other vinyl format - perfect for sampling. Bizarrely he then leads into the Wedding March melody before letting off the real funk guns. THOMAS sings "Don't Just Sit There, Get On Up!", perfect for enticing some floor rock in a circle.
RUFUS certainly blessed us with some dope ass break records over the years, most of them involving animals in some shape or form LOL... thanks RUFUS.

TONY GREGORY - "Gimme Gimme" CBS RECORDS 1975
Now this joint is a sureshot record to drop if you wanna fill the circle with b-boy action! Not what you would normally expect from GREGORY (from what I know) and released on the b-side of the Italian 45rpm pressing of the single "One More Time". Right from the word go it's got funky drums and provocative bass stabs whilst GREGORY gets warmed up. 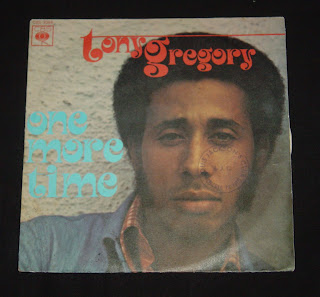 And then the bongos drop and all hell breaks loose. This is an uber-funky joint despite being from 1975, when DISCO was just beginning to get a grip on the public's musical taste.
GREGORY continues with his forceful chants .... "Come On Now Gimme Babe!" ... and sounds very demanding in his message. But to top things off there is a drum break and ripe bongo solo with strings to add the suspense. Drop this and watch the b-boys go wild.
I must shout out props to FISH BOOGIE, I know you just copped this record recently.


THE TURNAROUNDS - "Soul Walk" TANGERINE RECORDS
Now this is one of the first drum break 45s I ever purchased, from CRAZY BEAT RECORD SHOP in Upminster, UK. 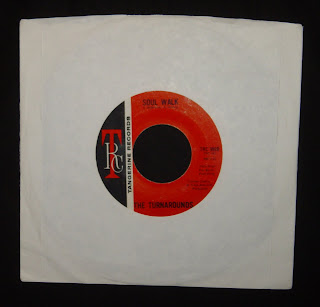 It must have been early 90s if my memory serves me correctly. Anyway, this is a straight up funk banger from start to finish, with a jerky drum break intro, but also has a very short but addictive little loop in the middle (I've edited the clip in the style of Louis Flores of UBB fame to extend the break part). The whole track is only a shade over two minutes long and often catches me sleeping when I'm spinning out and about.

BILLIE JOE YOUNG - "The Push" JEWEL RECORDS 1965
Wow - this funky shit goes whaaay back to 1965. Records like this kinda broaden my well-established digging horizons to be honest, as I normally stick 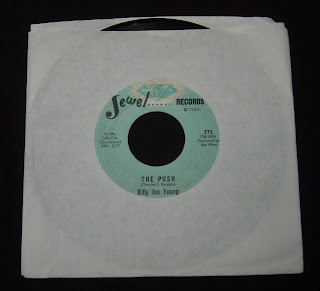 to the late 60's early 70's sound. It just shows how wrong you can be.
This joint starts with an awesome drum roll, and continues bass heavy and with snappy drums throughout. The nasal vocals only add to the bugged out mood of this funky little number on JEWEL RECORDS (one label to most definitely look out for). But for me it is the persistent drums that keep my head boppin and legs shaking! It makes me wanna get down, just as any true b-boy record should. 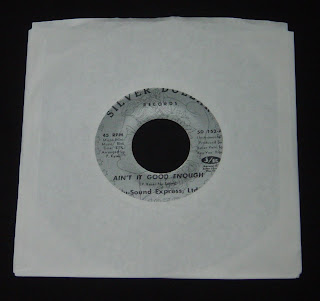 and has lots of little rhythm changes and breakdowns all leading up to the main throwdown. Even without the dancers you can imagine the scene.
The snappy snares and funky bassline keeps the jam flowing throughout, accompanied by the traditional whoops and cheers from the studio crowd. The horns and guitar have a riff battle at one stage just prior to a horn solo and then the breakdown itself. Hot shit!

Was only last week i pulled out Organisation 'Smokey Fellin'i was thinking of selling it. Slapped it on the decks and remembered how good it really was. Probably one of the only worthy bootlegs i own. I hear it was an Essex 'smash & grab' that's why Mr Dennis seems to turn a few up.

You always hit us up with some fine joints - you did it again - Thanks.

Fantastic selection of 45s Kid Dynomite, thanks for sharing.

Also, for shedding some light on the Legendary Break DJ Leacey in this post and through your emails, having seen the memorial back drop they used to inspire this years world B-Boy Finals at the 02 in Brixtown. Fella obviously garnered much respect worldwide.

Yo guys thanks for keep checking us out here on B4D. We got plenty more funky 45s to drop soon, with plenty of floor-rocking beats!

SOUL SAFARI, man you can never sell that ORGANIZATION 45 unless you find the OG LP.

Thanks Kool and Ade (watchout for ADE's mix soon here on BREAKS FOR DAYS). Quality selection.

keep checking back y'all

all about the Billie Joe Young track for me.
another enlightening selection. good work!

WHAS UP DYNO, FLIP THE NU-SOUND EXPRESS 45 OVER, AND IF YOU DIDNT KNOW IT ALREADY, ITS BEEN CUT AND PASTED AND IS THE BEGINNING VOCALS TO THE GUTTER SNYPES "TRIALS OF LIFE"

Have these clips been deleted? I've only just discovered this blog and would really like to hear them :)

Heavy Stylus, it seems some of these links have expired (divshare is a pain in the ass).

Hit me up at kidbiscuit@hotmail.com and I will do my best to send you the clips you wanna hear bro.

Thanks for passing by and please keep popping back.