It's been a while since I featured a few heavy hip hop records on here, so it's about that time once again to bring tha noise for my boys. And when I say "heavy" records, I mean in the sense of beats rather than price tags. Cuz dope beats can come as cheap as a packet of biscuits.
Despite this global recession I see the going rate prices have only slightly dipped on some of the desirable "random" rap records 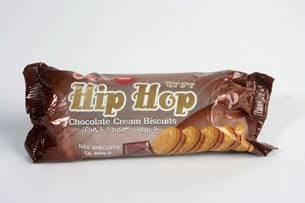 out there, and some of these prices simply amaze me. I always thought I loved hip hop as much as the next man, but some of these dudes seem to WANT more than I do. Or perhaps they just PAY more than I do!
I have seen many a record sell for around the £50-£100 mark that I have found for a pound or two. Seriously. And this isn't a feeble attempt to obtain braggin' writes cuz I will happily admit to the records I have sold my grannie for (and she doesn't seem to mind anyway). But I've trawled the streets for 2oyrs+ in the search for vinyl, so it's only right that a few bargains come my way over the years. Record Karma and all that jazz.
I guess the moral of the story is, if you don't like the insane prices some of these records make on the internet or through dealers or at record fairs etc. then get out there into the real world, do the legwork and hit as many record spots as you can. The dope shit is still out there just waiting to be found.


J-ROCK - "Save The Children b/w I Get Rek" GHETTO GROOVZ RECORDS
The J-ROCK LP is one of those records that always makes loot. OK so it has a couple of nice early DJ PREMIER produced beats, and a great gangster feel to it (not forgetting the dope PORSCHE on the cover). But is it really worth the money it fetches? For me the LP came very cheap indeed, a £1 pick up at my local record shop SOUNDS FAMILIAR in Romford (now defunkt RIP). I copped many a bargains from that shop over the years, and made good friends of ROB FAMILIAR (as we call him) who manned the place for 15yrs. 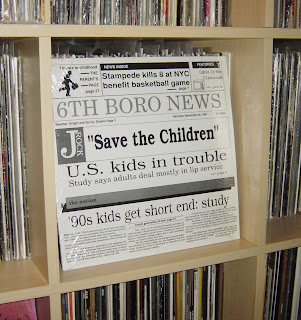 I could do whole post about the records I found in there, less than 2 miles from my home, but I will save that for another day.
Back to the program, the point I wanted to make was that the LP was overrated IMO, and a better purchase was the 12" release of "Save The Children" as it has the un-released track "I Get Wrek" on the flipside. Another case of the b-side wins again. Produced by EASY MO BEE with a real catchy sample and crunchy drum pattern. I love the stabs that punctuate the sample temporarily and allow J-ROCK to rhyme over the drums. His lyrics are confident and he keeps the flow tight with no interruptions or wack punchlines. One of his best tracks I think. Have a listen below...
J-ROCK - I Get Rek

I paid £15 for this 12" from a record shop in London not so long ago, so ignore the expensive copies you may see on the net and hunt one down in your local spots.


CASPER - "Adrenalin b/w War of Words" CAPITOL RECORDS 1991
I never saw this record in 1991 when it was released, nor did I hear anyone play it neither friends, on radio, or in the clubs. Or mixtapes come to think of it. And I thought CASPER was a friendly ghost anyway.
I saw this record many years later and never even thought to give it a try, but both RARE DAVE and AROE put me up on this 12" single which is both inexpensive and easy to find. Both sides have quality material, but it stands out mostly for the dope beats on display. 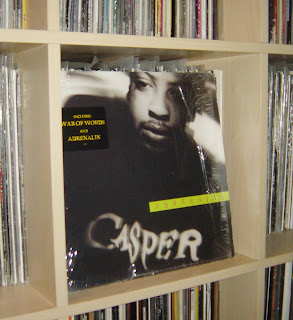 "Adrenalin" is a mixture of James Brown's "Soul Power" and some early KOOL & THE GANG drums. Throw some CHILL ROB G-esque horns into the mix and this should be enough to give you the picture. The rhymes are maybe not as memorable as others, but for the price you ain't gonna argue. The beats on this record are better than many a $100 record for sure.
"War of Words" is a real grower too, with it's studio outtakes and launchpad countdown. The more I play it, the more I like it. A dash of "N.T." drums (also by KOOL & THE GANG) and some dope scratching over the ill breakdown and we have the ingredients for a great hip hop record. I don't even mind the mashed up and cue-burned samples here and there - that's hip hop YO! Make sure you check this track to the end.
CASPER - "Adrenalin"

There are lots of copies of this 12" going cheap HERE. 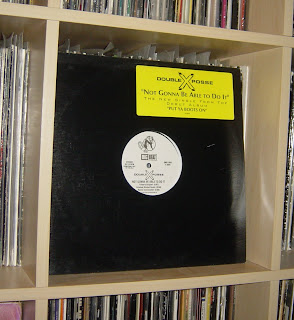 rumbling bass start the track with a definite BOOM, and then the catchy horn riff introduces SUGAR RAY's well-homed lyrics. This one is a real headnodder - in fact the production is very much in line with the work T-RAY did for CYPRESS HILL. I rate this 12" highly along with other BIG BEAT releases like PERCEE P & EKIM, JVC FORCE and of course THE ARTIFACTS.
The bonus on this promo 12" is the remix of "The Headcracker" by DOUBLE XX member BK THE ORIGINAL BOOTSMOKER. A real nice flip on the original, with heavy bass and stabs in the vein of a SHOWBIZ & AG classic. Once again KOOL & THE GANG samples crop up which is never wrong in my book. Put ya boots on!
DOUBLE XX POSSE - "Not Gonna Be Able To Do It" Criminal Minded Remix

Cheap and cheerful copies of this 12" available HERE.

War Of Words sounds like an old Blade track on -8, Adrenalin rocks though...not heard either track before, thanks for sharing