If you don't know the MC known as OXYGEN, then it's time to sit up straight and pay full attention. You can trust me when I say he is one of the very best on the mic right about now, and there's plenty more to come from the uber-experienced SPUTNIK BROWN member and Long Island NY resident. 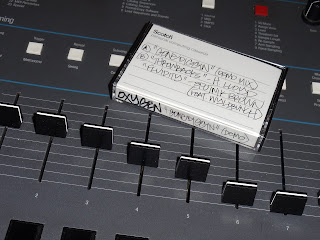 Mark my words his new project with DJ SPINNA is gonna blow the whole of hip hop wide open from what I've heard. Prepare to feel refreshed and have your faith restored in real hip hop music when the SPOX Phd project drops later this year. SPINNA's production has reached new heights in my opinion, and the pre-mastered tracks that I've been lucky enough to preview have left me wanting more. OXYGEN truly is a breath of fresh air in the industry right now (pun intended) and the wealth of experience from his 20 plus years in hip hop is plainly obvious from his eloquently delivered rhymes. This man is highly ranked amongst those in the know. And if you didn't know, NOW you know.
OXYGEN is real busy doing his thing in the studio right now, and has a few collabos still up his sleeve to be announced (I've been privvy to a few names and trust me you will WANT to hear these tracks) as well as continuing to build SPUTNIK BROWN's rep up in the New York City area and beyond. Below is the video for his recent track with SILENT SOMEONE - enjoy!

I'm reading: Silent Someone ft OxygenTweet this! Posted by Daily Diggers at 14:58

Thanks for the heads up on this joint here, shits smooth as hell. I had no idea about the spinna collabo either so thanks for that too, can't wait to hear something off of that!