Tales of the Unexpected

I've spent over 25 years collecting records. As a very young kid I started my journey into music by first buying cassette tapes of late 70's ska and mod artists (there was a mod revival here in the UK at that time, I would have been about 8 years old). However when I stumbled on electro and early hip hop music, I realised cassettes were not the format I should be buying - you couldn't scratch with cassettes and if you were down with hip hop a turntable was an essential tool of the trade. 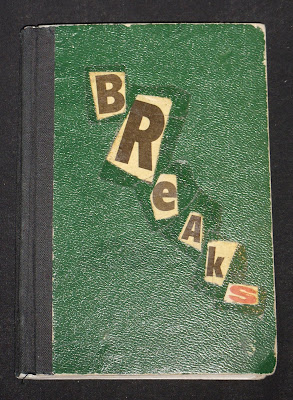 Over the years of persistent hunting for that next fix of vinyl dope, I must have been in hundreds of record shops across the UK, Europe and also in the NY tri-borough on visits to the Big Apple, and it goes without saying that I enjoy the hunt just as much as I do the records I buy.
Every vinyl fiend will have stories to tell about finding stuff, or strange places where they have found this holy grail etc.. and it is certainly true that the most unexpected places are often the best to dig up an under the radar LP or 12". So whether it be a charity shop, boot sale or second-hand shop, never underestimate what you might find when you walk inside that door. There might be a goldmine of rare records gathering dust in the back, or an eccentric owner who has clearly lost all sense of reality, or an over enthusiastic fellow collector who first bends your ear and then stalks you from shop to shop. Trust me I've experienced all of these unexpected situations while I've been record hunting at some time or other, and I'm sure many more instances will occurr on future missions. I'm gonna share with you some of the more unusual experiences in future posts, and here's one to kick things off.
My first year of hunting for wax in New York was back in 1994, and despite a friend pulling out of the trip at the last minute, I decided to still make the pilgrimage to the home of hip hop to check out some jams, soak up the atmosphere and hunt down some vinyl. Of course this was before the days of the SOUND LIBRARY, GIMME GIMME and BIG CITY record shops, the spots I was heading for were ROCK & SOUL, BEAT STREET, DOWNSTAIRS RECORDS, BLEEKER BOBS, and the newly opened FAT BEATS fledgling store. But whilst walking through Greenwich Village on the lower west side of Manhattan, I stumbled upon the HOUSE OF OLDIES. 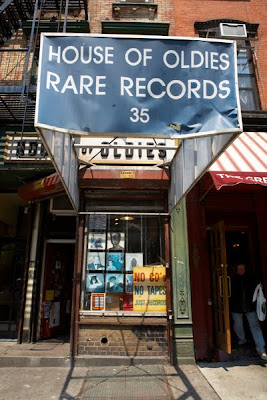 This store had only the smallest shopfront, but with an inviting sign in the window reading "No CDs No Tapes Just Records" - what more could you wanna hear? I went inside with the quickness, armed only with my little book of breaks that I used to carry around with me back then. My good friend DJ LEACY had helped me compile it and it included an alphabetical list of the records I was looking for. Back then there was no way my hip hop soaked brain was gonna remember some of these titles from other musical genres so I found that the book helped out big time.
The small store front lead to an even smaller shop once inside, maybe only 8ft wide by approximately 15ft deep, with some racks around the perimeter and just enough room for one thin rack freestanding in the center. Maybe it would take an hour to go through them all. But within two minutes of trying to browse the racks of records, the elderly and somewhat grumpy grey haired owner couldn't contain himself and insisted forcing some help on me. I guess he thought I was a lost tourist, the conversation went something like this....

OWNER: "Hey buddy can I help you?"
ME: "Just looking for some of these titles" (waves the book)
The owner beckons to see the book.
OWNER: "Look, don't waste my time, which of these records do you want?"
ME: "er....which ones do you have?"
OWNER: "I got everything you have listed here, tell me which ones you want but only if you're gonna buy them!"

Suffice to say being on the receiving end of his lack of politeness and direct sales approach was rather daunting the least. But how on earth does he have all these records in such a tiny shop anyway? I picked out three LPs at a price of 20 dollars each, and he proceeded to pick up a telephone, and repeated the order to a colleague who was obviously elsewhere.

He put down the phone and then just sat back down at the counter and stared at me without saying another word. I endured the eery silence for around a couple of minutes, by which time a rumbling sound in the floorboards gave way to a "dumb-waiter" like hatch which opened on some kind of pulley system. The trap door opened and a box of records emerged from beneath our feet -it was the three LPs I had asked for. What I didn't know was that this small conservative looking shop was actually the mere tip of the iceberg of records lying below in their dusty basement. I cannot recall exactly but I seem to remember him telling me that the basement stretched underneath other stores along the street and hence he had 1000s of records stored away. One of those LPs I bought was THE LANDLORD soundtrack by AL KOOPER, also a 5TH DIMENSION LP with the heavy drum break "Good News". I paid up and he eventually apologised for his lack of patience, excusing himself by telling me of the time wasters he gets in the shop. I hate to think now what else he may have had hidden down there in that basement. And naive of me not to ask for something more on the rare side, but I left that shop happy despite the bizarre set up in there. More tales from the vinylside very soon, and if you have a tale yourself please drop a comment and share with us all. We all know how crazy these record dealer dudes can be! 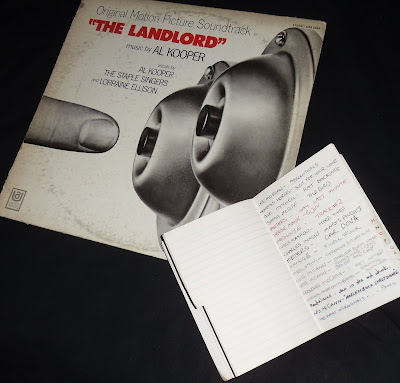 I'm reading: Tales of the UnexpectedTweet this! Posted by Daily Diggers at 08:15

My wife lost me at a bootfair one sunday morning as I was in a horsebox full of 45's.I emerged over an hour later with 45 all with drums and nice loops, paid the man the 10p each asking price and walked back to a furious wife covered in bits of hay and horse toot.I was made to sit on a plastic bag with the window open as I smelt so bad and she still mentions it whenever I say collecting records isn't a bad thing.
ADE.....

That sounds like a truly legendary visit.
My mind almost explodes when I imagine how much vinyl might have been contained down those stairs of House Of Oldies!

great story! you should post some scans of your "break" book!
can't wait to read more diggin stories....