Every so often I browse through the warped shelves stacked high with records here at the DAILY DIGGERS HQ and pull out some wax that maybe has not seen the light of day for some years, or has been bought by me 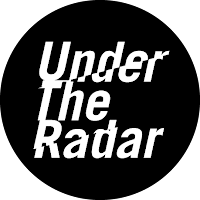 and immediately shelved then somehow forgotten about. It's often a nice surprise when I spot something I forgot I had, just so I can relieve it of it's sleeve and again remind myself of the reason why I bought it in the first place. This is often confirmed with an approving nod of the head followed by an increase of volume threefold and sometimes complaints from the neighbours.
I've been digging through some tight corners of the HQ record racks and pulled out some under the radar rap rippers. I found a few bum records too, but here'a few hip hop 12"s from the racks that DIDN'T get the frisbee treatment...

GOLDEN FRESH FEMALES - "Golden Fresh Females" 1989 SAM RECORDS
I f#cking love this record, the group and track name should tell you all you need to know. These females are golden fresh indeed. KING OF CHILL provides the beat on this 1989 stormer of a record, 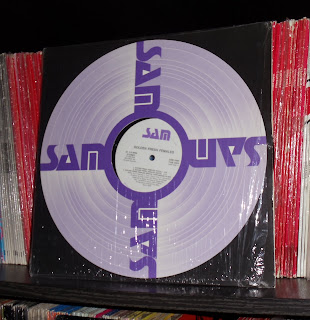 so you know the beat will lack no lustre! I'm assuming that LADY J and SHA LOVE (collectively known as GOLDEN FRESH FEMALES) were no wannabees in the hip hop game, as their rhymes and routines were too well constructed and fly. From the funky horns in the intro, this record screams out dope material. The drums are funky and gritty (sounds like an SP) and the filtered bassline rumbles your speakers and lays out the funky groove for the girls to rhyme over. I'm not normally a fan of girls on the mic unless they can hold their own with ease, and these girls have got that qualification. They claim to be "...the ones to keep the party rockin hour hour after hour" and I believe them.
"All the people scream SHA LOVE is outta sight!"

FREDDIE FOXXX - "The Master" 1989 MCA RECORDS
Yep FREDDIE or BUMPY KNUCKLES as we now know him has been around for eons. Most people remember him from the FLAVOR UNIT days but I remember him more as a

sidekick of the legendary ERIC B and if the rumours are true the MC who was originally intended for ERIC B's "Eric B For President" beat. He has certainly been a consistent MC over the 20 plus years he has dropped verbals on the mic. So his reputation for lyrics is as strong as his reputation for breaking bones - certainly not the sort of dude you want to have any beef with. This release entitled "The Master" was whaaay back in 1989 and as far as I know is his first solo release. The beat is a straight up loop of "Give It Up Or Turn It Loose" with some adept cuts and drops here and there, but for me it's just as classic as many other better known and higher revered records from that year. Have a listen for yourself and you decide...

RHAMEL - "Straight Outta Brooklyn" 1991 HEATED RECORDS
I probably bought this record within a few years of it being released, but I cannot recall exactly where or when I purchased it. I remember thinking it was a strange record to find in some hip hop racks as it had no obvious artist name on the label, no picture sleeve, nor a sticker on the shrink to promote it at all - unlike most other hip hop releases from that time. 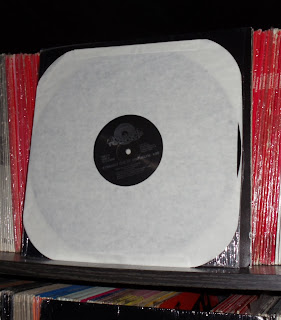 In fact I'm surprised I bought it all on looking at it, as back in the 90s I would usually buy a more familiar artist over an unknown rapper back then. But anyway it's sat here in my collection for years alongside his "Power b/w Peace" 12" record from 1989 (originally on HEATED RECORDS then picked up by RHYME SYNDICATE). Then recently I wanted to find out more about RHAMEL RICHARDSON and these releases and was surprised to find out he also has another two dope 12" releases which I need to get my hands on - "The Pusher" 12" and also "Coming Right Outta Brooklyn" from 1992 (check the video, this is basically an updated remix of the record I have). I couldn't find a mention on any other hip hop blogs, but I know one version of "Brooklyn" featured on one of those "random" rap comps released a while back. If anyone has soundclips of "The Pusher" or "Knock the Boots" by RHAMEL please get in touch.
Have a listen to "Straight outta Brooklyn" below... a dope loop of MAGIC DISCO MACHINE's "Scratchin'" brings in an uptempo drum machine beat with KOOL & THE GANG guitar stabs peppered over the top, and the odd scratch from BILLY SQUIER's "Big Beat". RHAMEL is proud of his BK hometown, and supremely confident on the mic and he describes himself as " a one man team" who "got more game than Parker Brothers". It's not easy to find out more information about RHAMEL, so can anyone out there fill in some gaps?

Kid Dyno
I'm reading: Under The RadarTweet this! Posted by Daily Diggers at 20:48

Heard the Freddie Foxxx joint before (and STILL looking for a copy!) but the other two are new to me. Feeling that "Coming Right Out Of Brooklyn" f'sure.
More for the wants list...