As usual I have been on the hunt recently for some drum heavy 45s to add to the stash, and luckily I stumbled on some nice records to keep me from fiending. If 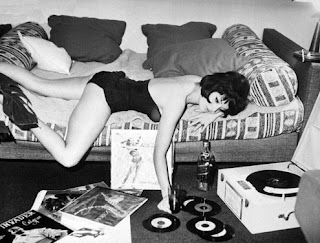 you are a regular reader you will know I have an unhealthy obsession with any of the ULTIMATE BREAKS AND BEATS records on the 7" 45rpm format, and I'm always on the look out for ones that I know exist but don't yet own. But it's always an added bonus to chance upon a 45 that I DIDN'T even know was available. This week I fluked upon a beautiful copy of a CTI seven inch pressing of "Star Wars" by David Matthews in a bright yellow CTI sleeve. Now that's a nugget! All I need to do now is find another so I can wreck shop on the doubles.


RICKY WILLIAMS "Discotheque Soul" EBONY SOUNDS RECORDS
I have been searching for this record for a few years without success, but I have been looking for the pressing on CITADEL RECORDS label. To be honest it was the only press I knew of until I spoke with DJ FORMAT who, being the 45 fiend that he is, told me that it was also available on 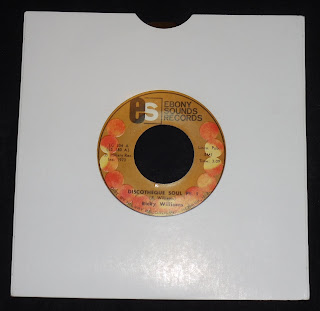 EBONY SOUNDS RECORDS but many copies have a slight pressing fault causing a fairly unobvious skip during the first portion of the record. Not only did he tell me that, but he also has a spare copy which he was willing to trade for something else exciting on 45. If I remember correctly I traded with him a UK promo copy of the JUNGLE BROTHERS "Because I Got It Like That" 45 which ain't easy to find itself.
So I had tracked down a copy at long last, and as you listen I'm sure you will understand why I'm not so fussed about the slight skip on one side (which I can't even find at the time of writing this post). All I know is that these drums are tough, and there's no wonder MARLEY MARL rocked these for a BIG DADDY KANE classic. I'm not gonna tell you which BDK record, if you know your hip hop onions then this should be a cinch to answer!
I have also flipped the drums into a little sequence just to give you an extra clue.


EDWIN BIRDSONG "Rapper Dapper Snapper" SALSOUL RECORDS
I have this record already on a 12" and was searching for a cheap double to accompany it. 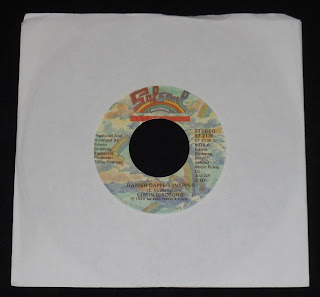 Then recently whilst I was digging through the vinyl delights at ELDICA RECORDS in Dalston East London I found a 45 of EDWIN BIRDSONG's classic break. You may not recognise his name or the track title but I'm 99% sure most of you will have heard this record as it has been sampled by everyone from DE LA SOUL to GANGSTARR. Possibly the most famous being DE LA's "Me Myself and I" in 1989 on TOMMY BOY RECORDS. Both the 12" and 7" versions both have the INSTRUMENTAL version. Check it out.


DAVID MATTHEWS "Star Wars" CTI RECORDS
I mentioned this record briefly above, but on looking at it in it's pretty yellow CTI sleeve it makes me think it was a bargain purchase for only 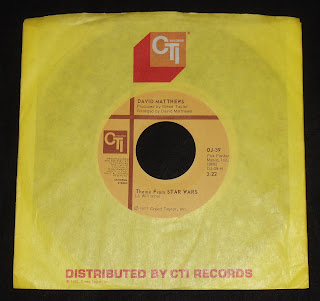 £3, that's about 6 dollars. I spend more than that on snacks during the day at work, so a cute little drum break on 45 for the same price is a steal! That's why I like 45s, as I find I can cop more of a bargain than with buying twelve inch versions or LPs.
Now I have took the liberty of recording a second version including a little LOUIS FLORES style edit on the break itself, in the style of GRANDMASTER FLASH (this was one of his regular joints to play and cut up back in the day). It may sound a little cheesy at the start but the breakdown here is tougher than leather, with R2D2 noises over the drum break. That's dope in my book.

GARNETT MIMMS "Stop and Check Yourself" GSF RECORDS
These drums are chunky AND funky! I cannot recall how I found out about this tough to find GSF release, but I never forgot the name and then found two copies within a couple of months of each other both at knockdown prices. 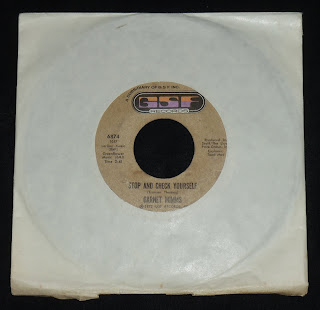 Once again I have looped up the drums to give you a feel of how dope they sound when looped up. And don't forget these soundclips are fairly lo-fi - the 45s play much louder and and super crisp. I have sampled these drum sounds individually into the SP1200 and as soon as you punch the pads KAABBOOOOM there it is!!
There is no excuse for wack drum sounds in hip hop music as there are so many fat drums out there waiting to be found if you wanna put in some diggin' work. Fuck using module sounds, any numb nut can program drums from a module or a sample CD, but in my opinion that is straight up wack. Dig for your drums YO!

Always look forward to these posts as you always play me something I've previously overlooked or not yet heard.
Keep up the good work D.

yo thanks fellas, it's always a pleasure to pull out some bombs from the 45rpm arsenal!

But have either of you identified the BDK classic that uses Ricky Williams..??

I just wish there were more hip hop 45s.

Just kidding family, its "Wrath Of Kane Live" off of the Big Daddy Thing album......HAHA...

Normally I don't call out samples, but since I'm in a good mood I went for mine real quick....

"There is no excuse for wack drum sounds in hip hop music as there are so many fat drums out there waiting to be found if you wanna put in some diggin' work. Fuck using module sounds, any numb nut can program drums from a module or a sample CD, but in my opinion that is straight up wack. Dig for your drums YO!"