If you're into b-boy breaks then cop these two SAMBA SOUL LPs - both are heavily laden with breakdowns and disco breaks. Don't get it blurred, I would never recommend you a disco record that wasn't erring on the funky side. We all know DISCO killed the FUNK, but the transition between the two provided some bad ass breakbeats for the b-boys to get down to! These two Brazilian LPs are a perfect example of that.....dig 'em out. 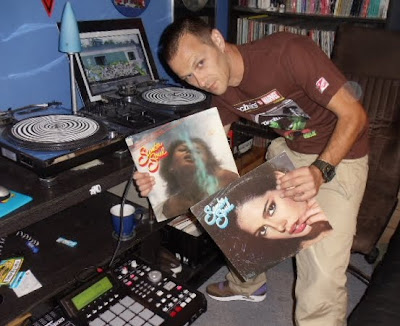 I'm reading: Samba SoulTweet this! Posted by Daily Diggers at 08:19