In these uncertain financial times it is always encouraging to see a UK record label flourishing especially in the mp3 downloading generation we live in. One label in particular is now celebrating it's fifteenth anniversary - even more poignant when the label in question is named BARELY BREAKING EVEN, or better known as BBE.
BBE was started back in 1996 by two DJs PETER ADARKWAH and BEN JOLLY,

the label taking it's name from The UNIVERSAL ROBOT BAND's 1982 track "Barely Breaking Even". Despite being UK based BBE has released records and CDs for both UK and US artists over the last fifteen years, and BBE's BEAT GENERATION project saw the label work with some of Hip Hop's heavyweight producers including PETE ROCK, MARLEY MARL, JAZZY JEFF, JAY DEE and even WILL.I.AM of the BLACK EYED PEAS. Other BBE releases have included material by DJ SPINNA, KENNY DOPE, TY, FUNKY DL, MR THING, KON & AMIR, DJ VADIM, KEB DARGE and even ROY AYERS. Not many labels can boast a roster like that. Hip Hop fans in particular regarded MARLEY MARL's "Re-Entry" LP to be a very welcome return for the man behind all the JUICE CREW releases.
On reading through some of the above names it is easy to see that BBE are sticking firmly to their mission statement of "real music for real people" and they are continuing to do so with some big releases for 2011. 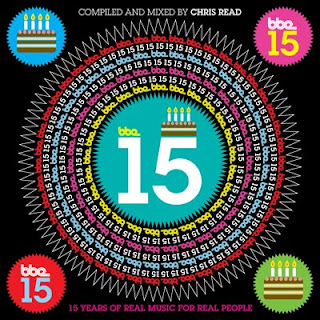 My good friend CHRIS READ has also become part of the BBE crew as the label's choice DJ, and he has been responsible for compiling and producing the BBE 15th ANNIVERSARY mix CD using material from the label's now extensive back catalogue. CHRIS is always meticulous about his mixes so I knew the outcome would be classic material (which ironically is the name of CHRIS READ's own club night that he runs in East London showcasing Hip Hop music from the last 30 years). You can expect some quality PETE ROCK, MARLEY MARL, DJ VADIM and JAZZY JEFF tracks on the CD, as well as some interesting ROY AYERS remixes, all comfortably blended together with the listener in mind. Hence the perfect marriage - BBE's high grade sounds and CHRIS's precision mixing. For me personally it also opened my eyes to some other artists I have known about but never actually listened to. BBE's high level of quality control ensures that only serious music makes it onto their vinyl and CD releases. In fact if you scan through the BBE catalogue HERE you will see how many notable releases CHRIS had to choose from in compiling the mix, in fact the selection was so vast that the mix is spread over 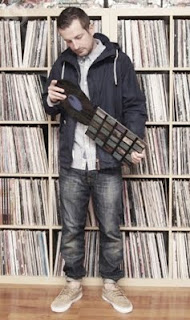 two full length CDs. This truly is a mix that you will be playing again and again, so I asked CHRIS to explain how he accomplished the unenviable task of handpicking the records for this mix....

"I said half jokingly in the liner notes that the biggest challenge was not chosing what tracks to include but which ones I could afford to leave out, but it's actually true. BBE has a catalogue of 200+ albums and there aren't really any which you could describe as filler. It was pretty essential to include tracks from the biggest names on the roster, particularly from the Beat Generation series, so Jazzy Jeff, Pete Rock, Marley Marl, Madlib etc are all on there. I also made sure that there were at least a couple of tracks from my personal favourites like Visioneers, Slakah and Roy Ayers. It's a shame to me that I couldn't find space for certain artists, but above all I had to make sure that the mix worked as a complete piece of music and some tracks, great though they are, just were not going to fit. Hopefully I'll find space for the rest on the 20th Anniversary album!"

The video above gives you a five minute taster of the mix and you can purchase the double CD of BBE 15th ANNIVERSARY MIX through the BARELY BREAKING EVEN website. Here's wishing BBE a happy 15th anniversary year, and hoping for at least 15 more years of real music for real people.

To keep in step with CHRIS READ, his CLASSIC MATERIAL nights and various mix projects peep his MUSIC OF SUBSTANCE website. You can even purchase CHRIS READ's two recent 45 releases via his site. Yes he makes his own records too - that's why I call him the hardest working man in the business! Props to CHRIS and BBE from the DAILY DIGGERS.

While you are here you should also check out this PETER ADARKWAH interview with SPINE TV discussing his BBE label.

Listen to CHRIS READ and LEE BRIGHT of BBE on the BBE 15th Anniversary broadcast part 2.....

Thanks Dom - you are a true gent! Keep up the great work and catch you soon...