It seems the New York Police Department have their hands full lately dealing with a high volume of street or subway robberies where the victims are targeted solely for their APPLE iPhones. The NEW YORK TIMES recently published an article highlighting the increase of these robberies in the hope that it will educate people to be a little more aware, and advises them to be discreet as to when and how they use their iPhones. 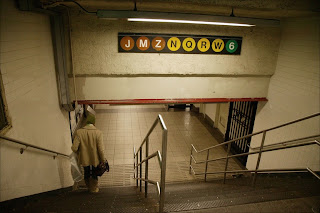 As a non iPhone user I personally couldn't care less if people are being phone-jacked! The only time I would be interested in owning one is if Apple can develop an Application that can sniff out breakbeats in an dusty old record shop. Now I know you must be thinking "what the hell does all this have to do with hip hop?" and wondering why on earth I am bringing this to your attention. The reason being is that THE NEW YORK TIMES quotes three other items of must-have property that have also sparked similar serial robberies in the past. These three things were....LEATHER GOOSE BOMBER JACKETS & CAZAL SUNGLASSES in the 1980s, and also NIKE AIR JORDANs in the 90s.

Here's a quote from the NEW YORK TIMES article....

"The circumstances surrounding recent iPhone thefts had felt relatively tame until Friday morning, when a 17-year-old high school student was fatally stabbed in Jamaica, Queens. The boy, Patrick Dixon, was attacked by a group of teenagers who demanded his phone, just as he’d stepped off a bus. By the time he got to the hospital, he was dead. 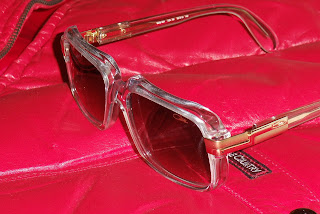 The iPhone, though, is the latest in a succession of status objects that have fostered urban crime. In the 1980s, the craze for Cazal eyeglass frames, West German artifacts with gold insets, which sold for $85 to $200 in stores and commanded $35 to $50 on the street, resulted in the fatal stabbing of a 17-year-old Bronx boy at Broadway and 204th Street one winter afternoon, when five teenagers accosted him and grabbed the pair he was wearing.

In the late ’80s and early ’90s, cities across the country were forced to deal with the fact that young people were killing one another for Air Jordans. During the same era, the fad for leather bomber jackets became so intense that the Newark Police Department formed a special task force to deal with the shootings and muggings related to it."

I'm reading: Daylight RobberyTweet this! Posted by Daily Diggers at 23:14