Let's be honest, would Hip Hop culture be as globally widespread as it is now if it wasn't for seminal films like STYLE WARS and WILD STYLE making such an impression on the youth of the 1980s?
I don't honestly think so, so I am always pleased to see people such as CHARLIE AHEARN, MARTHA COOPER, HENRY CHALFANT, TONY SILVER etc. getting the respect and praise they deserve for the roles they played in these two productions. Also along these lines I believe people such as JOE CONZO, BUDDY ESQUIRE and FAB 5 FREDDY also have contributed massively to Hip Hop and their names should also be set in stone within Hip Hop's history alongside names like KOOL HERC, BAM etc..
Have you ever wished that you could contribute to Hip Hop history and help preserve the artform in it's original and traditional form? Well now you DO have the opportunity to help - HENRY CHALFANT has begun a campaign to raise $28,000 which is needed to help preserve the complete STYLE WARS film archive. Here's what HENRY had to say..... 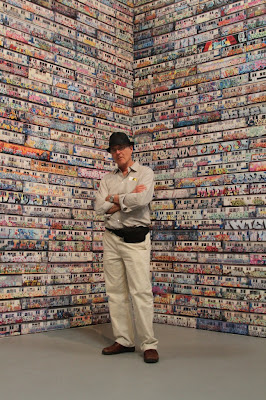 "STYLE WARS was originally edited to its 69 minute length from about 30 hours of 16 mm film that we shot in 1981 and 1982. Hours of exciting and wonderful scenes in the extra footage that didn’t make it into the finished film need to be restored. There are many shots of trains and some surprising masterpieces rescued from oblivion.
There are more scenes from the B boy battle at United Skates of America between the Rock Steady Crew and the Dynamic Rockers, and more interviews with Skeme and his mom, Dez, Kase 2, Shy, Seen, Dondi and all the other kings and characters that people have grown to love.
But this history is threatened. The original footage is damaged and fading. Fortunately, it will be possible to repair using digital technology. It will cost $28,000 to save and restore the outtakes. Saving the best outtakes is an important component of our overall project to restore the entire negative of the film and make an HD master which will preserve the record of the first painted trains in their original vivid colors." 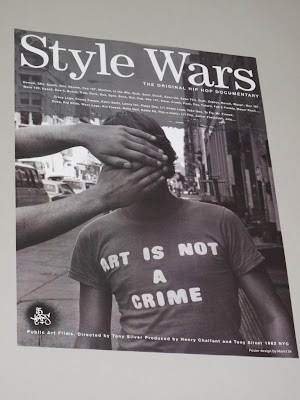 Get yourself over to the STYLE WARS PRESERVATION SITE where you can donate as much as you can afford towards helping the preservation of this amazing archive. It would be a huge loss if the complete STYLE WARS footage cannot be saved, so please stop and think for a moment how much the movie STYLE WARS meant to you growing up in the 80s into Hip Hop. I'm sure you will agree we should ALL be pledging a little something to this well worthy cause.
Not only will you be proud of yourself, but you also get something in return for your generosity. Depending on your pledged amount you can expect a variety of STYLE WARS memorabilia ranging from a simple name credit at the end of the completed movie project, a certificate detailing your involvement, a STYLE WARS 2 DVD set, a limited ART IS NOT A CRIME poster, Henry Chalfant fine art photograph, a signed photograph from Style Wars of a NOC167 train, and you can even arrange for HENRY CHALFANT to set up a 100ft INSTALLATION of his many train pics in your office or home. As JAMES BROWN would say ... Get involved!

Think every Hip-Hop kid on the planet needs to donate £10 to this cause..

How else would we of been influenced by bringing this culture to every TV set in the land?

Ask anyone who knows and they'll recite you a line/quote.