I'm not sure how many of you out there watched the live Hip Hop debate on Youtube yesterday "Hip Hop on Trial", but out of curiosity I tuned in and soon found myself at the brink of smashing up my PC monitor in disgust at what I was hearing and seeing during the broadcast from London's Barbican Centre. The whole discussion (which must have cost thousands of £$ to produce) was to try and debate whether Hip Hop music has a negative influence on society and in particular the young black community. A panel made up of people such as KRS ONE, JESSE JACKSON, TONY SEWELL, SHAUN BAILEY, PROFESSOR JOHN SUTHERLAND, JARON LANIER and others linked via the web (including Q-TIP, ?UESTLOVE from THE ROOTS, and the UK singer ESTELLE) were quizzed by EAMON COURTENAY and MICHAEL ERIC DYSON over the validity of Hip Hop, the messages within the lyrics, and the effect it has on society. 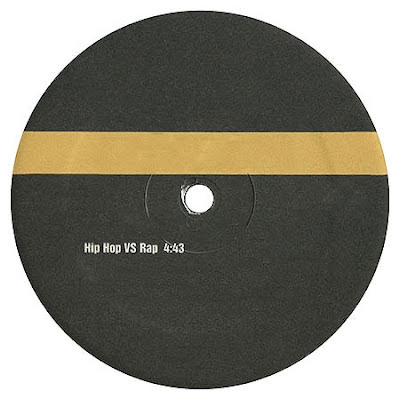 Firstly (and I must add surprisingly), this was not the "debate" it was billed to be but more a very poor attempt at assassinating Hip Hop's credibility. I could spend all day here arguing over 95% of the points raised by both sides and discussed during the broadcast, in particular the comments and accusations made by a somewhat blinkered EAMON COURTENAY. In fact I found myself fuming so much over the contents of said broadcast, especially when several of the invited speakers were only given a token chance at speaking only to be then cut-off before their explanation was complete. The so-called debate became most heated on discussing use of the N word, the B word and the H word. If they wanted a debate on street slang then that is how they should have titled the debate.

As I've said I could lash out at the points made during this broadcast until I'm blue in the face, but I don't really need to do so for the sake of one simple fact that everyone seems to have ignored in this matter - the misappropriation of Hip Hop.
Hip Hop is defined in the online dictionary as "a popular urban youth culture, closely associated with rap music and with the style and fashions of African-American inner-city residents". Now this is not necessarily MY definition of Hip Hop, but it is close enough for the purpose needed here. The point that I am trying to raise here is the debate title should have in fact been RAP LYRICS ON TRIAL.

I am sick and tired of people in the media (and in society) not being able to differentiate between Hip Hop and Rap. As the teacher KRS ONE rightfully told us some years ago "Rap is something you do, Hip Hop is something you live". And just because you RAP, that doesn't necessarily make you Hip Hop, in fact far from it. Hip Hop is a state of mind and a way of life. Rap is simply put a way of putting poetry to music. And Rap is a part of Hip Hop, but not exclusive to it. So all the bullshit that was aired on last evening's Youtube debate is completely irrelevant to me. I'm into Hip Hop which is, and always has, been about PEACE, UNITY, LOVE and HAVING FUN. It's NEVER (I repeat) NEVER been about b!tches, hoes, drugs, porn, guns and crime. And incidentally if a rapper wants to portray that type of image (like an actor in Hollywood plays a role) then you are the damn fool if you believe it to be true in the first place. And if you cannot understand that rap and hip hop are two separate entities and stop treating them as one, then I think I'm beyond reasoning with you.

For more information on this subject you must read the book "Misappropriation of Hip Hop" by DJ FINGERS.

I'm reading: Hip Hop vs RapTweet this! Posted by Daily Diggers at 21:36

Agreed! 100% on point! That whole "debate" was fucking ridiculous.