The GUTTERSNYPES have some unreleased pressure (as Tim Westwood used to say) due to drop on a 45rpm 7" single in the very near future. Back in '94 the TRIALS OF LIFE EP was released and became a firm favourite here at the DAILY DIGGERS HQ with both myself and the BEAT DETECTIVE. In my opinion the music on that EP was one of the most competent UK productions I had heard at that time (and possibly to date). The samples had been so carefully selected and well blended with crispy drums so eloquently that it gave the best US producers of that era a good run for their money! It is only later in life that I have come to know SIGHER himself (the man responsible for the beats) and it was only then that I realised that his skill lies mainly in the fact that he has a finely tuned ear (no pun intended) for hip hop samples and that his beats are 90% produced within his head before he even presses any pads on the drum machine. Impressive stuff.
SIGHER has now decided too bless us vinyl junkies with some unreleased material from the GUTTERSNYPES posse. CEL ONE is once again shining like a real star on the microphone and hopefully we will have some PRIME CUTS turntable action on there too. Stay tuned, I'll bring you details as soon as I have them. 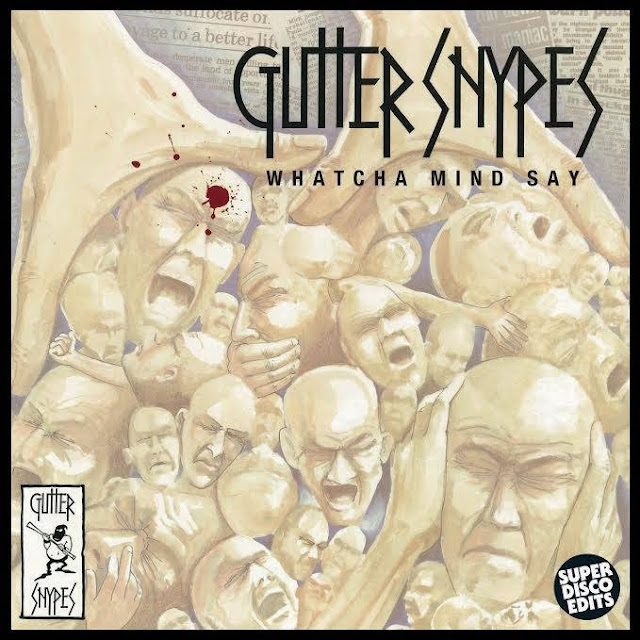