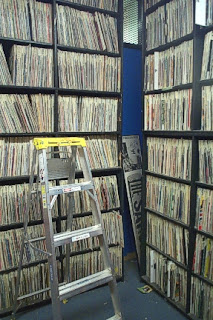 Hip Hop's creation began with music samples. As Kool Herc took 2 copies of a break record & lined them up on his twin turntables, he would "merry-go-round" with those records, keeping the beat smooth & in effect "sampling" the break loop. He noticed by repeating the break section off the record, that the crowd would be more likely to continue dancing or "GOING OFF" as he called it. Why wait for 2 minutes into the song for the best part when you could repeat it over and over by simply cueing two copies back and forth? Then it was only a matter of time before MC's like Coke La Rock, the original Klark Kent, Cowboy and others would rock rhymes over that funky beat Herc had created. Pure genius!

Keith Cowboy (RIP), Flash's first MC, pioneered phrases like "Throw your hands in the air, and wave 'em like ya just don't care!", "Clap your hands to the beat!" and "Somebody say HO!". Soon this sporadic rapping evolved into the rhyme patterns and verses we know of today. Hip Hop was born.

As rap progressed onto vinyl however, the disappointing thing was that the music no longer represented the original values of the artform. 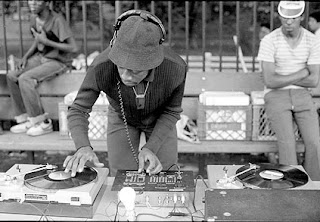 The backing tracks were made by in-house musicians/producers, normally spinning rhymes over a disco beat or maybe live drumming, but it just didn't represent those early days at the park jams, Bronx River Centre, Cedar & Sedgwick Avenue jams, the Roxy etc.. All of a sudden, the deejay, who had been the backbone of the art in the first instance, was no longer in the limelight.

So in the late 80's when Hip Hop took on a new form, and artists and deejays began sampling breaks, beats and loops from records, the whole art form came back to its roots. Music Technology now offered a variety of sampling drum machines and rack mounted units(EMU SP1200 AKAI MPC60 AKAI S950 SEQUENTIAL 440 to name but a few) with ever longer sampling time. For the first time, the MC could rock his lyrics over an original break like back in the days!

For me and many others, this was Hip Hop's GOLDEN YEARS (between '87 and '92) where many of the classic artists rose to fame (and not necessarily fortune). 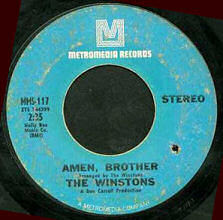 Whether it be "Funky Drummer", "Amen Brother",

"Chicken Yellow", or Tom Jones's "Looking Out My Window", the use of real breakbeats made the music come alive. But at a price...

Following several lawsuits against rap artists who had used samples, it became harder and harder to use a sample without having to pay the expensive clearance to the original artist/copyright owner. And of course this extra production cost often meant the release would be shelved,or in some cases deleted and removed from store shelves. Biz Markie's LP "All Samples Cleared" notoriously made a mockery of the sample clearance issue. Earlier Biz, who was at the time signed to Warner Bros. Records, had sampled three words and a portion of the music from the song "Alone Again (Naturally)" by Gilbert O'Sullivan, for use in his third album, "I Need A Haircut". This lead to a lawsuit - Grand Upright Music Ltd v. Warner Bros. Records Inc. in 1991. O'Sullivan's claim was upheld in a landmark decision by the court and this changed the landscape of hip-hop, meaning all samples had to be cleared with the original artist before being used. 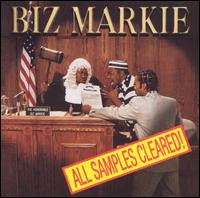 In accordance with the court's decision Warner Brothers (the parent company of Cold Chillin') had to pull the "I Need a Haircut" LP from circulation. Biz continued to release the cheekily titled "All Samples Cleared" LP a couple of years later where all samples had actually NOT been cleared, but by now the controversy had affected Biz's record sales dramatically.

From then on the samples used had to be more and more obscure, and beatmakers had to dig deeper in search of rare gems, in the hope that clearance could be avoided. James Brown (RIP) may not have been in favour of sampling his music at the beginning, but when every conceivable James Brown record had been looped and chopped, he soon realised it was paying his bills! But now every genre was fair game, and the mid & late 90's INDIE years saw the use of classical to folk, library to latin, brazilian to prog rock.

Sampling has always been treading on thin ice, but there is no doubt it produces some of the most influential hip hop anthems. For me, this bullshit era of sound modules and so-called "Hip Hop" producers is a million miles away from the essence of Hip Hop.

Beatdiggers have since sprung up across the globe all searching for undiscovered dusty gems, ripe for the using. And cats like Kon & Amir, Soulman, Mr Thing, Cut Chemist and others have taken beat diggin' onto a new level where it's never going away. "If you might recognise this shit, we will just chop it up 'til you don't recognise it anymore."

We would like to pay tribute to some of the original beat diggers of the game...KOOL HERC, GRAND MASTER FLASH, AFRIKA BAMBAATAA, GRAND WIZARD THEODORE, 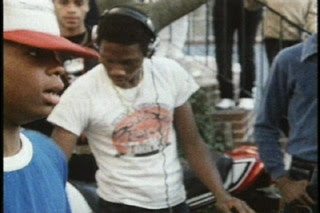 Along the lines of the Kon & Amir's ON TRACK series, and produced to celebrate over 30 years of beat-digging, we have put together a selection of samples/drumbreaks that have been used in hip hop over the years, with some that are crying out to be used! Use the download link below to listen in, and feel free to switch on your drum machine and sample away. All we ask is that you PLEASE send us your beat and we'll let you know what we think. And before you ask, yes they're all taken from the ORIGINAL PRESSINGS!!

breaks for days
I'm reading: Sample crazy!Tweet this! Posted by Daily Diggers at 21:59

very cool. I hit your blog via a link on the REALSHITT.

If I use any beats, I will definitely send you a link.

I will throw up a link on my blog as well.

word up, mine was from an original pressing of Amen Brother too!

just downloaded it, will get to work and send you a madrotter mix ok!!!

Look forward to hearing some beats from you guys. STAY DUSTY and PUNCH THEM PADS!!