Although the 80's is generally seen as an embarassing decade in terms of fashion, music, style etc... with Hip Hop the story was somewhat different. Now acknowledged as the "Golden Era" of Hip Hop, these 10 years brought us what became the foundations of Hip Hop, whichever element of the culture is concerned... 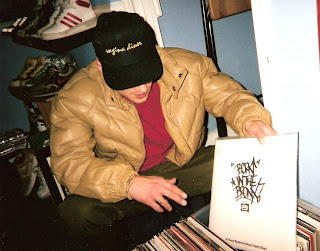 For breakers it was during this decade that the Rock Steady crew hit the top of their game and earn the attention of the world, and concurrently the film "Wild Style" was unleashed which spread Hip Hop culture across the planet.
For graffiti writers the 80's also saw the release of Tony Silver and Henry Chalfant's now classic "Style Wars" movie which did pretty much the same for the maturing graffiti artform.
Similarly with DJ and MC skills - these aspects, although founded in the 70's, were developed mostly through the 80's and then forged the future shape of Hip Hop culture.

We here at the Daily Diggers headquarters endorse all things from the 80's (excluding mullet haircuts and cycling shorts) and would like to share with you our love for some of it. 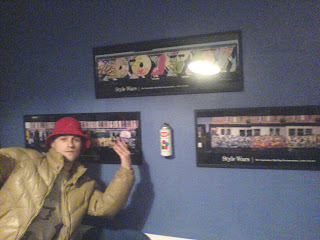 Here's Kid Dyno in his 80's v-stitch Goose & Kangol paying his respects to the NY writers from back in the day. Kids like Dondi, Skeme, Lee, Dez (now DJ Kayslay) and Blade would regularly bomb the NY transit system with end-to-end burners, married couples and top-to-bottom pieces - bringing colour firstly to the city, and then ultimately the media attention sent the message worldwide. There are not many sights that can astound you like seeing a whole-car burner pass overhead, or pull up in the train station. And it was the 80's that saw

the artform hit its peak, and not just in the US. All over South America, Europe and beyond, graffiti on trains became more than just a craze. It became a way of life for some.

The graffiti culture runs hand-in-hand with Hip Hop - like 2 unruly teenagers growing up together through the 80's and finally coming of age.

And of course the 80's would not have been the same without the Adidas Shell Toe - the classic Hip Hop footwear sported by many B-Boys & B-Girls but most notoriously by Run DMC. If you were down with Hip Hop in the 80's you had at least one pair! 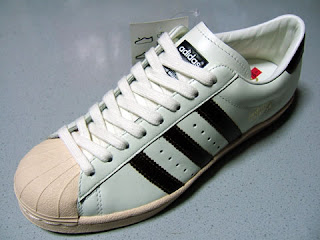 The Puma Clyde and Basket models held their own in the b-boy arena but the Shell Toe took "superstar" status (please excuse the pun). Plus the 3-stripe tracksuit would complete the outfit for any Adidas addicted B-boy. The fresher the colour the better you looked! 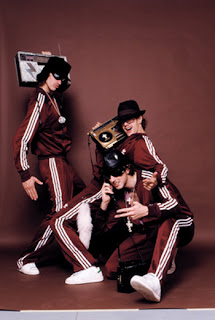 In the 80's no self-respecting B-Boy would be seen without a Ghetto Blaster by his side. Bigger always meant better when it came to sound! Like Cool J said "my radio believe me I like it loud!". With the portable sounds in one hand it left the other free to carry up the rolled-up and heavily-scuffed linoleum stolen from your mum's kitchen. These were the only tools a b-boy needed, other than another crew to burn!
From Covent Garden to Coventry, Birmingham to Bristol, breakin' could be witnessed in every city and town across the

UK during the early part of the decade. Although back then the sight of teenagers breakin' & lockin' would scare the general public and it was customary to get moved on by the police. I regularly had my boombox confiscated in school as the sound would "draw too big a crowd", yet later I was the one asked to become the school's youth club DJ!

Now, some 25 years later, things have gone full cycle for breakin' which has grabbed media attention once more. This doesn't mean to say it ever disappeared in the first place! Quite the opposite - throughout

the 90's various cities in Germany held the "Battle of the Year" championships and believe me those kids are into it HEAVY! 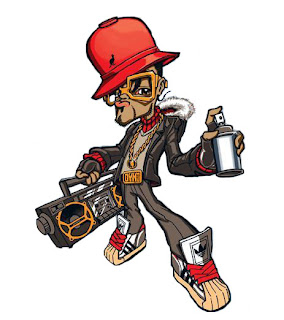 Rocksteady Crew also held their yearly anniversary jams at Rock Steady Park (West 98th Street & Amsterdam Ave in New York) throughout this period, and not forgetting the Miami Pro-Am Championships. And now the media now is finally back in love with "breakdancing" (AGHH!! I hate that term....& wasn't it them that said it was just a "craze"?) it has finally concreted its place in Hip Hop history and been accepted as an essential element of dance culture. You only have to watch the TV ads to see that.

Hip Hop also created some iconic fashion styles too through its Golden Era. The early years of mock neck sweaters and Pro-Keds had been overtaken by Leather Goose Jackets, Puma Suedes, Adidas Shelltoes, Cazal Eyewear, Name Buckles, Graffiti Denim Jackets, Lee Jeans and Dapper Dan outfits. And of course this was called the "golden era", so it was all about the dukey gold rope chain! Every rapper's favourite accessory. For years it became the symbol of a rapper earning his cold cash money (& absolutley nothing to do with the fact that every gold shop in the Tribeca area of Manhattan sold truck jewelry by the lorry load!) 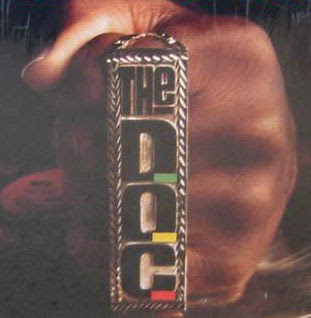 Nevertheless a fat gold chain became synonymous with all rappers and of course Mr. T from the A-Team! The gold four-finger ring with your name on it was a speciality. I remember first reading "Eric Louis Barrier" on the Paid In Full LP cover - dope! Although Slick Rick has to take the proverbial biscuit on the gold front - check out the photo of him in our Golden Era gems section. He looks like his car crashed through a shop window at Tiffany's!! 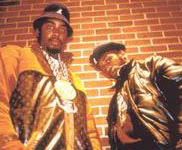 And who could forget the Kangol hat - designed by a UK company established in 1930 which started by importing French berets into the UK. Their 70's "Bermuda" model was preferred by the Hip Hop community, and caught the attention of one James 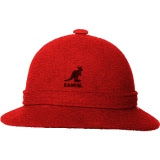 Todd Smith early in his career. A hat that still sells today based mostly on its history in Hip Hop. Whether it be the towelling-type Bermuda as sported by most hip hoppers back in the days, or the more expensive Sniper model with the band around the forehead - T La Rock's favourite no doubt. Damn for years LL was never to be seen without a Kangol on. And today the Bermuda still embodies that old school reminiscent feel.
Along with name belts and Goose jackets, hip hop style (if you got it right) made you stand out from the rest of the crowd. 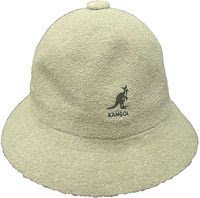 By combining and colour matching the freshest sneakers and jumpers, hats, tracksuits etc.. you made an impression on your fellow b-boys and general public alike! Ha ha I remember the day my Dad caught me leaving the house with no laces in my Adidas - his face said it all!
Still today that "must match your outfit and sneakers" thing is still going strong - the Old School started that! Even though the Rap Industry has pulled our culture to bits, raped and disected it and then moulded it into what they 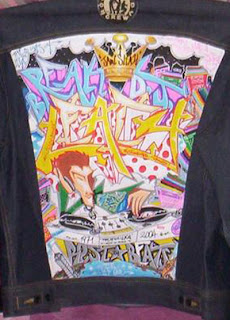 want to sell, the old school values just won't go away without a fight. You can't keep down the real elements that started this shit off. I hope and pray one day the industry realises that, and the "real" history of hip hop can get back behind the wheel in the drive towards the future.
If I could take a time machine ride right now, I would go back to the days of the early park jams in the Bronx. I wonder did they realise this was a new culture spawning? A new way of life maybe? Back then they gave us a set of rules to which Hip Hop should live by. I'm all for progression, don't get me wrong, but let's live by those rules! 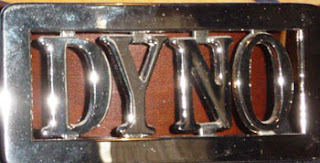