Here at DAILY DIGGERS HQ, we're what you would call Hip Hop Purists. By that I mean that we only buy or listen to Hip Hop that truly represents the art form as it was originally intended. I know many people would call that a "blinkered" view of things, and then proceed to tell us that Hip Hop music should be progressive, but we're simply being honest. We're not haters! If so-and-so rapper has earnt millions from gangsta rappin' then best of luck to him. But for us, Hip Hop music should follow the paths the originators and forefathers laid down for us to follow. Not saying there wasn't violence back in the days, and far from it, but Hip Hop was intended to unite people and discourage gang culture, not glorify it! So all that gun-toting drug-selling bitch-slapping Cristal-drinking sound module-punching rap rubbish don't mean shit to us. Say word!

The period from 1990 through to the late 90's saw some incredible releases which were "must-buys". Both the classic early 90's stuff and in particular the mid 90s Indy rap scene was incredible. But over the last ten years of the so-called "Rap Industry", we found ourselves buying less and less new releases and we readily admit we turned our backs on the industry and its bullshit product. And it wouldn't be the first time either. There have been several periods in Hip Hop's history where the industry and its artists don't know which way to turn. From the very early days the industry thought Hip Hop was a "craze" or "fad" and just decided to milk it for what it was worth while they could. 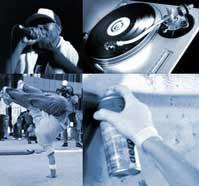 This point shows exactly how "out of touch" the industry can be - they didn't see the Hip Hop culture as a genre with longevity. For them it was here today and gone tomorrow, and even the gangster fraternity wanted a piece of the action to earn extra cash and launder their dirty money. Hence many artists got "jacked" back in the day - labels offered crumby deals, or in many cases just blatantly never paid them. Just ask KRS! But overall these people only ever saw Rap Music as way of making money in the short term. No-one (except the kids involved) ever thought Hip Hop would reach the age of 30 and become a major influence on everything from fashion to TV, music to cinema, art to politics.....and also spread to every continent worldwide.
Despite it's ups and downs, our love for Hip Hop has always kept us connected, and it always eventually rises like a phoenix from the flames to re-birth in a new form, which is truer to the artform. We've seen it happen several times so we were confident things would turn back around.

And luckily for us real hip hoppers out there, the politics of the biz and the constant weak product would again turn round on the industry itself and bite it on its own arse! The whole mp3 over CDs argument has been a major blow for the Record Companies. Despite all the new-millennium technology at their disposal it has still lead to their sales plummeting, whilst illegal downloading and file-sharing have increased dramatically amongst music fans. What comes round goes around I say.
But the artists themselves have used the same technology to their own advantage. Now the lack of respect for the artist from above has lead to bands taking on the whole pressing/manufacturing/distribution thing themselves with incredible results. And with sites like myspace etc., getting your music heard by the people you want has become a reality, without the need for a huge budget and a team of lawyers/accountants etc..

And more importantly the musical composition remains as you want it to be; no label influence or politics to deal with. This is great news for the artists and the fans. So now we're feeling positive about the Hip Hop scene again - we can ignore the weak-ass "rap" we see on TV and hear on major radio station playlists, and investigate the new independent groups out there on Internet Radio, Myspace, & Hip Hop forums for instance. There's even specialist sites like 16pads that runs a monthly beat competition for aspiring producers. Once again it's all good in the Hip Hop hood, and we're enjoying listening to new stuff again.

So when we bumped into a crew online called SPUTNIK BROWN who had a joint called "Gone Diggin'", it is safe to say we were more than intrigued. 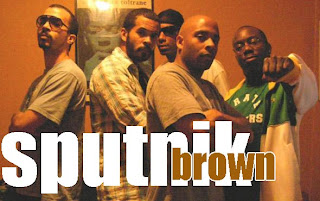 After all, diggin' is what we do best! And these guys know their shit - in the lyrics there's a mention of New Heavenly Blue, Dalys Big Band and other secret squirrel drum breaks only hardcore diggers would know. But who are these cats?? Well, read on.....but first here's a few lines from "Gone Diggin'" and you will see exactly what I'm talking 'bout.

SPUTNIK BROWN have already paid their dues in the Hip Hop world. The crew members are...Musa The Penultimate (aka Howard Lloyd), E The 5th, Tre Best (aka Xis10s), Slim Donuts (aka Swagger Official), Oxygen (aka Ox the Architect), DJ Shark (The 'Japanese Import') and Dude Spectacular. Hailing from Long Island (the home of some of hip hop's greats) member Oxygen has been down since way back. Formerly known as

Jonzhaft the Psychopath, he is already well known for rocking mics and having some mean records - he started in '88 as a ghost writer for MCs on LaRhon Records, and then dropped his own release "Groove to Get Down" on the same label which featured on DJ Muro & K-Prince's "WKOD: The Golden Era Of Hip Hop". Dues paid! So who are the other members? Musa is a childhood friend of Ox's who also got put on through the LaRhon connection, then known as KID C.H.A.O.S., and went on form House of Reps who dropped "Why It Gotta Be Me?" in 1996, along side a couple of other childhood peers INCLUDING his first cousin Tre Best . Musa also brought to the frame his good friend E tha 5th who is "the man with the beats to cause a disaster" - a cool Brooklyn cat on a mission to keep heads nodding so much we all need a neck-brace! E Tha 5th's genius began in 1991 with a busted Tascam four-track, pause tapes, and a Casio SK-1. Slim Donuts makes up the group - creatively, he and E tha 5th began formulating ideas together in 1994. 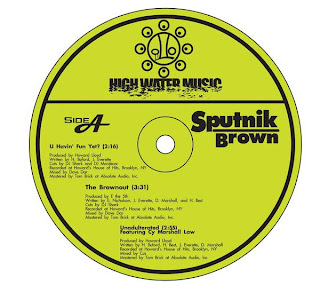 Collectively, they make up the duo known as NEWSPEAK & Slim was also part of a crew of talent known as Dead Poets Society during the mid-90's. In 2003, Oxygen made his return back to New York from brief stints in Virginia & Cali, and through natural progression these creative souls united to form SPUTNIK BROWN.

Their eagerly awaited first release has just dropped on HIGH WATER MUSIC, and the 12inch features 3 stingers - "U Havin' Fun Yet?" "Brownout" and "Unadulterated". "U Havin' Fun Yet?" begins with great use of Charlie Brown (L.O.N.S.) saying "Brooooown!" and is a snappy, drumbreak-driven track with a hypnotising bassline and perfectly executed funky drum roll. Oxygen, who rhymes on this track has such a unique vocal sound (remember Gangstarr saying "It's mostly the voice"??) and drops some real clever lyrics that have you hooked from the very start. You don't wanna miss a word or beat with these guys, in case you miss something. And once the track's over, it's time to rewind and come again. 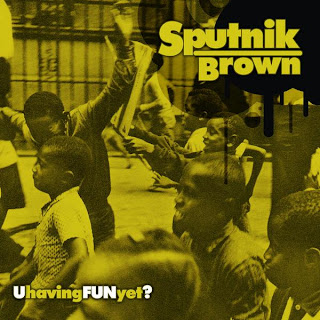 BLAAM! Have a listen to the soundclips below and see for yourself these guys got skills. If you love Hip Hop music made by artists with real skills then this crew will blow your head like the JBs! The samples are fresh out the crates, and you just know they have beats TO GO (and some stupid rare records!). "U Havin' Fun Yet?" is taken from the twelve inch, but I've also added exclusive snippets of the unreleased material "Gone Diggin'" (prod. by GENSU DEAN) and "Titles", the latter being Tre Best's incredible rundown of classic Hip Hop records from days gone.....listen carefully and see how many classics YOU can spot. Believe me the lyrics on these tracks will have you buggin'!!! And there's PLENTY MORE where this came from - ENJOY. 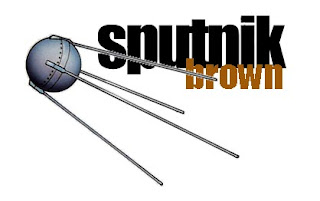 You can catch up with SPUTNIK BROWN's antics on their myspace page, as well as order your copy of the wax. Tell 'em the DAILY DIGGERS sent ya. Peep the new track "Hip Hop" which has recently been added, and watch out for the full-length album dropping in April 2008 entitled "THREE SHADES OF BLACK" also on HIGH WATER MUSIC. If it as well received as the twelve has been so far then we are talking "Classic Material". I also hear on the hip hop grapevine that DJ SPINNA is providing a beat for the LP. I think 2008 will be SB's year.
Also look out for Howard Lloyd's Quickie EP on sperm white wax which is also available through myspace. It may have been a quickie EP, but it's also a QUALITY EP and features the other SPUTNIK members performing at their best......if you snooze you lose!

SPUTNIK BROWN - U HAVIN' FUN YET?


JONZHAFT - GROOVE TO GET DOWN

When Sputnik blow the hell up, remember where you heard it first!!

Wow...'NUFF RESPECT! You did an EXCELLENT job with this man. It's an honor to be recognized by our peers, especially across the pond. Let's keep movin' with the movement. Peace

shouts to gensu dean...who did the production on "gone diggin"...

yes props to Gensu Dean who always got nice beats.

...and thanks guys (Oxygen n Howard Lloyd) for passing through. Keep it true and do the do....!!

Word!..I totally agree with your argument.

I like the Sputnik Brown material FRESH!!.Keep puttin' the funk out..!!

It's a shame there isn't more rap about diggin.
I can think of PUTS 'the dig', Soulman cut... can't remember more.

this is the best stuff i've heard in a long time!

Sputnik Brown is the truth! the future of real hip hop... much success