Watching a deejay spin back and forth on 2 turntables, 2 CDJs or using Serrato may not seem overly impressive in a club today. Hell now, there ain't a city or town on this planet that doesn't have it's very own resident turntablists mangling the fader and scraping the needles over their latest battle weapon. But 30 years ago to see the DJ manipulate the music to and fro to extend the break part was nothing short of spectacular. 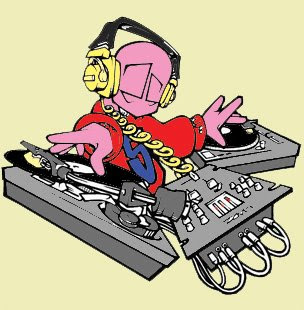 I love the track "Apache" by the Incredible Bongo Band but I prefer to hear the drum part repeated over and over, and hip hop deejays brought this dream to life. Growing up as a kid and seeing this "miracle" for the first time gave me my life purpose, and thirty years on I'm still following that same path and hunting for that elusive second copy of this break or that break.....
But even to this day some of the breaks used by the pioneering DJs remain a mystery to many beatdiggers. They (we) can be a secretive bunch, not wanting to give away the hard earned knowledge gained over years of digging missions and dusty funk hunts. And rightly so. London's original Beatmeister SKYE once told me - "Those who know don't say...and those that say, don't know!". Think about it.

Breaks are possibly one of the hardest types of record to collect - being non genre-specific doesn't help much when you're faced with a shop full of 10,000 records and only half an hour until closing time. And the scenario can very often be like that.
The obvious place to start is with the FUNK section, but this will mainly lead you the classic breaks and often the most heavily used. Don't get me wrong, we all started collecting James Brown, Sly & The Family Stone, the JBs, the Meters etc. and these records are essential to own. In particular the late 1980's saw a revival of "Rare Groove" strongly influenced by the use of samples in Hip Hop music at the time. As Stetsasonic rightly said "Tell the truth James Brown was old...til Eric and Ra came out with I Got Soul". But drum breaks are littered throughout the years of vinyl whether it be rock, disco, boogie, soul, folk, and even easy listening. So after exhausting the funk, many diggers began to spread the search through their Dad's rock records, or even through the easy listening pile in the charity shop bargain bins. Some of the best drum breaks tend to come from these other genres because they tend to have been less widely used (if at all) and less "played-out".

So then the hunt was REALLY on! With absolutely thousands of different LPs out there to check, everything became fair game for a beatdigger. Every record had to be examined for darker groove sections - one of the the tell-tale signs of a breakdown. Admittedly so the finds were happening less often percentage-wise compared to funk...but some incredible stuff lurks deep in the rock or folk sections believe me.

The thirst for something special pushes the boundaries further and further. And nothing makes a beathead happier than owning a dope beat no-one else has! ;o)

The most prevalent collecting trend amongst beatheads over recent years has been the influx of Library records that began to leak out from within the vaults of music studios and TV stations throughout the 90's. As the studios/stations were migrating their audio soundtrack libraries over to digital format, i.e. CDs, they began to offload their Library Record LPs. KPM, Bruton, Chappel, Themes, De Wolfe to name just a few. Most of these comprised separate scores of music performed by session

musicians for the purpose of film or TV background music, jingles etc.. and the highest prices paid have been for the drama scores as these provide the perfect ingredients for Hip Hop beats, and even name the tracks to describe the feel of the piece (i.e. the chase, tension, scary, chilling etc.). Key players on these LPs are Alan Hawkshaw, Keith Mansfield, Alan Tew, and David Lindup but many at-the-time unknown session musicians created these LPs. Expect to pay premium prices if you can find any at all. In particular the early 70's is a good sound for Library LPs...but the 80's stuff can be cheesier than a bag of Wotsits, so choose carefully.
An even fresher and still current trend is leaning towards eastern European and Polish rock/folk/funk albums as these LPs now seem to be finding their way west.

But when you think of music of the late 70's (the time when Hip Hop first began) no doubt you think of DISCO as it was the most prolific genre at the time. Hence a lot of old school deejays rocked disco records at their parties, 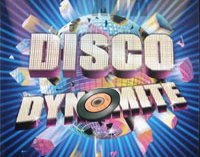 especially those records with extended mixes or breakdowns, or those on 12" inch pressings with the longer edits etc. Despite that fact, many old school DISCO breaks are still to this day lesser known than their funk counterparts. These DISCO records were more readily available to the deejays back in the day because these were new releases, unlike the funk which was even then a rarity and hence the need for the UBB series (which featured very few disco breaks). But since those days most deejays still prefer to rock the funk rather than Disco breaks .... or perhaps they are simply just wanting to say no names?? LOL

But right now I have to break with tradition (pun intended) and spill the beans on a few of my favourite old school DISCO breaks. OK some of you beathheads may curse me for the sharing aspect...but I'm not Bambaataa so I don't take the labels off my records!! If someone loves that shit enough to ask me then I'm happy to spread the love and tell them the title. With the current Hip Hop industry in the state it is in, I figure we need to spread the love, not hold back on it and watch the true artform disappear in front of our very own egos.


So here goes with a few classic DISCO breaks....I have took the liberty to edit and extend some in tribute to Louis Flores, and of course to keep ya heads boppin' that much longer! ENJOY 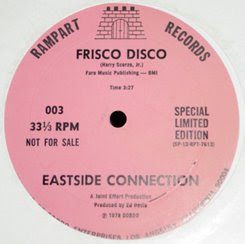 GRAND MIXER D.ST's wall on his "Grandmixer Cuts It Up" picture cover, or for being the sample used on SLICK RICK's "Mona Lisa". For either reason it is well worth remembering, and usually comes on multi-coloured marble-like vinyl, but my copy is the promo on black vinyl with pink label and the superior pressing quality. As mentioned before I have extended the break just to give you a taste of how it sounds on the 1's and 2's. And I have included a clip of SLICK RICK's classic from 1988 "Mona Lisa".


UNCLE LOUIE - "I Like Funky Music" (1979 Marlin)
Imminent throwdown alert!! Dust off your Pro-Keds and slide on that mott neck and drainpipe LEE jeans. 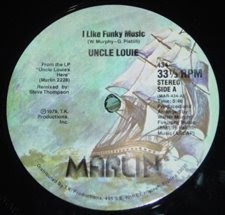 This record just screams "get down & dance" as you drop the needle into the groove. Straight away we are treated to a pulsating funky beat, then add some groovy keys, followed by an infectious chorus and solid rythmn section with surging horns, just how I like it. But the treat is yet to come.
The horn section builds up the momentum before the drum break drops (recognise that breakdown?), and then becomes conga, bongo and handclap heavy before a suggestive b-line carries the groove. A definite b-boy & b-girl favourite.

IN SEARCH OF...ORCHESTRA - "Phenomena Theme" (1977 AVI)
This one is a JAZZY JAY favourite, as demonstrated by his use of this record for the cuts on "Go Michael (Air Jordan)" by SCORPIO on CRIMINAL RECORDS in 1986. 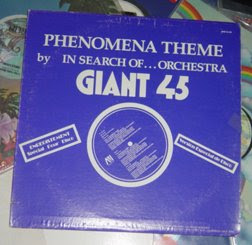 It's also one of my favourites simply because of the way the break drops in. I love the 3 stabs from the string section prior to the drop - incidentally the same bits JAZZY JAY cuts up. Great intro too with a funky uptempo beat as the strings create a feeling of drama and suspense, then lead into the main portion of the song. Superb string and horn combinations throughout, with a splash of the beautiful-sounding Rhodes in the drop-outs. The build up to the break lasts over 3 minutes, so we become accustomed to the groove unaware the break is gonna hit us followed by feint tribal chanting over the beat. Classic shiiiit!
And SCORPIO's "Go Michael" is one hell of a record from 1986 that seems to get little play or mention....so I have added a soundclip for that too. I found my copy for £2 in Golden Discs in Old Street, East London some years ago (unfortunately this little vinyl den is no longer in business)
I'm sure you will enjoy "Phenomena" as much as I do. A great record to rock at a party too. You cannot ignore the DISCO effect on the dancefloor!

(this post is dedicated to the legendary DJ FROGGY, real name Steve Howlett, who recently passed away aged 57. FROGGY was the first

DJ to bring mixing skills back from NY and show them off in the UK, and first displayed this new skill at his residency at the Regency Suite in Chadwell Heath, just 2 minutes from DAILY DIGGERS HQ. It was the first time us Brits had seen it, and he spawned a million and one other deejays to take it up. He will be sorely missed by many friends, record collectors and music lovers alike.)
I'm reading: Disco BreaksTweet this! Posted by Daily Diggers at 21:36

what a great post! If you love hip hop, you gotta love disco as well!All our favorite old school heroes were spinning disco records back in the days to get the crowd rocking in the late 70's / early 80's. The 3 records you reviewed are certified classics!

props as always Kid, great post and you can't front on the disco, giz a shout if you've got any disco mixes too, I gotta step my game up!

cool post, i hear familar snips all over those records you shared.

I put a new mix up today: