Yes it's that time again where we take an excursion through the 45 crates in search of some bad ass beats. Those who know me will tell you I'm a sucker for a funk 45, especially if there is some drum break action going 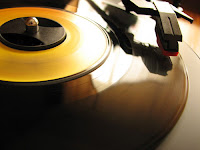 on in between them grooves.
Right now is the best time to pick up some funky 45s, in terms of cost they are always much cheaper to find, and let's face it ... how many times have you bought an LP simply for one or two tracks only? And for some reason, I find record dealers and record shops seem to be "up" on LP prices these days, but few keep a check on 45s so often I can find an rare or expensive piece for just a few pounds. I like it like that! Right, let's kick some ballisitics....

HERBIE HANCOCK - "Palm Grease" 1974 CBS RECORDS
This first little beauty is one of the first drum breaks I ever bought, but on the "THRUST" LP. It wasn't until later on I became the 45 fiend that you see now. But only recently did I find this bargain 45 in a cheapie pile with the track "Palm Grease" on it, and I was sure it was the track with the break. It seems this copy came from NENE VALLEY RADIO RECORD LIBRARY - see the sticker. 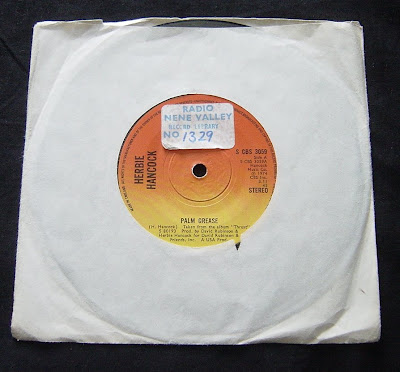 There are some nice choppable drum samples on the intro, followed by spontaneous key licks from Herbie, then an ill break loop with cowbells. Typical b-boy shit right here, as you would expect from the HEADHUNTERS ringleader. A funky bassline and horn punctuations set the tone, with Herbie's trademark funky keys and futuristic sound making the melody.
Born in Chicago in 1940, Herbie was a child piano prodigy who performed a Mozart piano concerto with the Chicago Symphony Orchestra at the tender age of 11. He began playing jazz in high school, initially influenced by Oscar Peterson and Bill Evans. Also at this time, an additional passion for electronic science began to develop. In 1960, at age 20, Herbie was discovered by trumpeter Donald Byrd, who asked him to join his group. Byrd also introduced Herbie to Alfred Lion of BLUE NOTE RECORDS, and after two years of session work with the likes of Phil Woods and Oliver Nelson, he signed to the legendary label as a solo artist.
It's not just classic breaks like "God Made Me Funky" and "If You've Got It, You'll Get it" that make HANCOCK appeal to the hip hop masses, almost ALL of his music makes for funky listening. My simple advice - never walk past a HERBIE HANCOCK record in the bargain bin!
PALM GREASE


HAMILTON BOHANNON - "Save Their Souls" DAKAR RECORDS
I can only describe this record as beautiful. It took me many years to track a copy down of this release, and it appeared on a few break comps so I knew finding one would not be an easy task. Most of BOHANNON's music doesn't really appeal to me, but on this killer track he and his 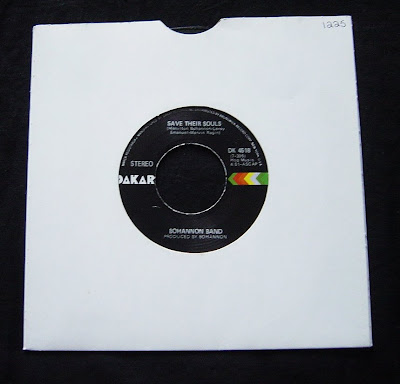 band really hit the mark. The quiet guitar licks and organ stabs present a suspense-laden intro to this record, and then a quick build up to the headnodic groove. In the background the band hum the melody oh so softly, before the vocals come in. But it's the lazy horn solo that gets me ... soft and seductive but still as funky as hell.
Once you have listened to this track you are left feeling spiritually enlightened, as if you have been on a deep journey through your own consciousness.
The outro is just as hypnotic as the intro. I hope you love this record as much as I do!
SAVE THEIR SOULS
Sampled by many and always sounds dope. Perhaps my favourite use of this record is "F**K YOU MAN" by KOOL G RAP. Warning! ... G RAP's lyrics are kinda triple X rated on this one. Only KOOL G RAP could take this smooth groove and turn it into a porn-influenced shagfest!
"Look at the size of my dick, and you'll adopt the muthafucka!"
Produced by TRAKMASTERZ.
F**K YOU MAN


JESSE ANDERSON - "Mighty Mighty" 1970 THOMAS RECORDS
MAIN SOURCE fans and break heads alike will dig this next record. I know very little about JESSE ANDERSON himself other than to tell you this was produced by the late great CURTIS MAYFIELD at the 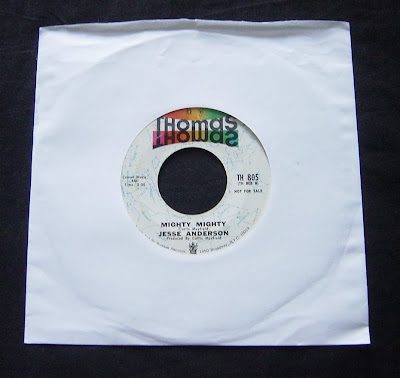 start of the 70s. Maybe you can tell me more?
A very short track indeed (only 2 minutes 20 seconds), but it's quality here that counts as opposed to quantity. On the dopemeter this records scores an easy 10 out of ten, and as soon as those 2:20 are up I find myself bringing the stylus back to the big drum roll start.
Laid back and funky are the key descriptives here, but the flute on this record does all the hard work, and then introduces us to the drum break itself. No wonder LARGE PRO and MAIN SOURCE used such a large sample of this track on their LP banger "Snake Eyes" (incidentally one of my favourite MAIN SOURCE joints.)
MIGHTY MIGHTY
SNAKE EYES

JOHNNIE TAYLOR - "Ever Ready" 1978 COLUMBIA RECORDS
Probably better known to the b-boys and b-girls amongst you (I like to think the ladies are also tuning in to BREAKS FOR DAYS), as I don't think this has ever been sampled in hip hop (but if you know different please let me know). 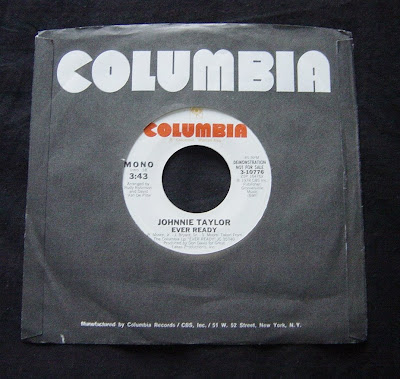 From the get go this record makes you wanna dance your ass off. The punchy handclap drum intro and guitar stabs are perfect for the breakin' circle. I know for a fact this gets regular spins at "real" b-boy events, and was very much a BREAK DJ LEACY trademark record. If you've heard him spin then no doubt you asked "what the fuck is this?"
Being from 1978, this is much later than I would usually tend to check for, but since my disco break obsession from a few years back, I now find myself checking the late 70's releases. This track "Ever Ready" can also be found on the LP of the same name also on COLUMBIA. Don't front, I know this gets you open!
EVER READY


SOUL EXCITERS - "Shoot The Monkey" 1-2-3 RECORDS
Nice little promo 45 this, I especially like the label logo of the bird playing the groove with it's beak! Crazy! 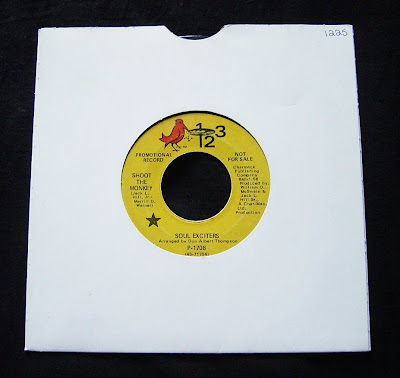 This track also gets my soul excited - the cheeky guitar licks and uber fast drums makes me wanna get down like JAMES BROWN, sliding across the floor. But surely these drums are far too fast to break down? Oh yes, you won't be disappointed as the mischievous guitar licks lead to a feint horn stab which brings the drums in.
The vocals refer to the funky monkey, so only God knows why they also insist we shoot the monkey. I say "let the monkey live!" Here's a copy being offered for sale by CRAIG MOERER.
SHOOT THE MONKEY

KID DYNO
I'm reading: Breaks on 45Tweet this! Posted by Daily Diggers at 12:20

Yes Yes DynO, i`m getting into the funk 45s myself lately. I bagged the JESSE ANDERSON - MIGHTY MIGHTY 7" a couple of weeks ago & what a killer joint it is..!! So i`m glad you`ve mentioned it in your run down of killer funk 7s.
I see you bagged an OG APACHE 7 the other day, i`ve been looking for an OG 7" copy for a while now but all i`ve found is that MR BONGO release.
Keep up the wicked reviews, i`m always willing to learn about new records..!

some of my recent cheap 7" finds... Also Sprach Zarathustra (a/k/a the theme from 2001) by Deodata on CTI, Zola by King Errison (dope track with a heavy b-boy breakdown) and Groovin With Mr. Bloe by Mr. Bloe which has nice drums but not a lot else going for it in my humble opinion.
right, i'm off to listen to the tracks you uploaded, cheers!

YO Martin, how are you bro? The APACHE I got was the UK original LP, not a 45. There was never an og US release of APACHE on 45, but BONGO ROCK and BONGOLIA were on a UK 7". But check for a European pressing of Apache on 45!
And those who dig hard, may find another IBB 45rpm of "Ohkey Dokey" on PRIDE. That's a nice pick up if you see it.


FISHLY, what's up man. I need to hear "Zola", please educate me on that one!