A Few Words from Diamond D

In a couple of weeks DITC member DIAMOND D lands in the UK and appears at PLAN B in Brixton in continuation of his "45s ALL LIVE" tour. On the night we are set to be treated not only by a live show of the Bronx legend cutting up breaks and beats, but a vocal performance also.
There is no doubt that the DIGGING IN THE CRATES crew immortalised the whole beatdigging scene back in the 90s with their eclectic 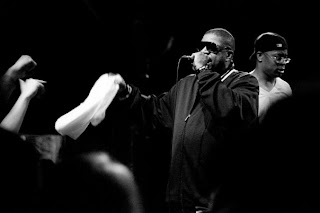 choice of samples ... making other producers realise that all genres of music needed to be explored to find "that perfect beat" or next dope sample. Remember we're talking big names like DIAMOND D, SHOWBIZ, LORD FINESSE, BUCKWILD etc. these dudes are all legends of hip hop! And I haven't yet mentioned the MCs from the mostly Bronx crew, namely OC, AG, FAT JOE and never forgetting BIG L (one of the greatest losses Hip Hop has experienced). All the DITC members have at least one classic album to their names, and over the years have all been consistent with their skills and maintained reputations as purveyors of the finest hip hop music.
DIAMOND himself has always warned us that he has "a thousand old records in his crib" so you know he is gonna drop some vinyl gems at 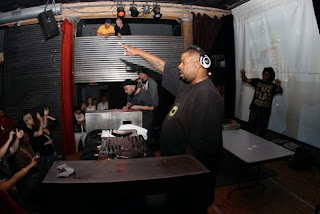 PLAN B on the 17th September. Be prepared to listen in wonder as he drops those dope samples you just wish you had in your own stack back at home.
For me personally, DIAMOND has always been a favourite artist. Back in '94 when I first travelled to NYC for the ROCK STEADY ANNIVERSARY, I made a sincere effort to scour the tri-borough record spots in search of a promo copy of STUNTS BLUNTS & HIP HOP long player. My search was fruitless that year, in fact I remember telling one dude behind the counter in ROCK 'n SOUL RECORDS on 7th Avenue Manhattan that there was one LP I was really searching for. "Yo dude this is ROCK & SOUL we got everything!" he professed. When I asked for STUNTS BLUNTS LP he was like "uh ... we er, don't got that". I had to make do with a cassette version that year, but at the time I was overjoyed to have any format 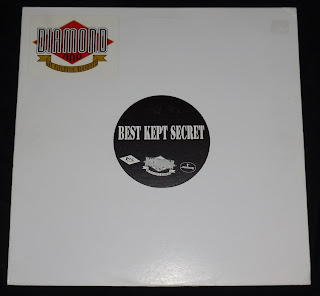 of this dope LP which I still consider iconic rather than a classic. Plus the cassette had the bonus tracks.
Years later I finally copped the original promo LP on the PWL Chemistry label, and most of DIAMOND's other releases, productions and guest appearances. The term "best producer on the mic" has been dropped on enough occasions but I will leave you to be the judges of that argument. Suffice to say DIAMOND D gets major props in the hip hop community for his contribution to the music.

Let's catch up with the man himself (the dusty fingered one) before he leaves NY to jet into the UK.


DIAMOND: I've been collecting beats since 79' on LP & 45s... Aside from me doing my MC sets when I go on tour, I just recently started doing all 45s DJ sets cutting up funk, soul and breakbeats and the response has been great. I'd love to do my all 45 set there in London. I know the fans over there will dig it when I drop some gems on the turntables

KID DYNO: Leading up to your breakbeat 45s set in London, who as a DJ inspired the young DIAMOND?
DIAMOND: As a young DJ I was inspired by the local legends in my neighborhood...DJ Grandmaster Supreme, DJ Hutch, DJ Magic Mike, DJ Rockin Ron, DJ Rockin Rob and of course Grandmaster Flash, Grand Wizard Theodore and DJ Charlie Chase. I was the lil 10 yr old standing outside of the ropes at outside jams trying to get a glimpse at the LP covers since I was a beat head...! lol

KID DYNO: Your album projects always seem to be CD only, surely as a record fiend that must frustrate you?
DIAMOND: Yeah it frustrates me a lil but we live in a serato age, so it is what it is....my next project will have a limited vinyl pressing tho.

KID DYNO: You can never own enough vinyl, 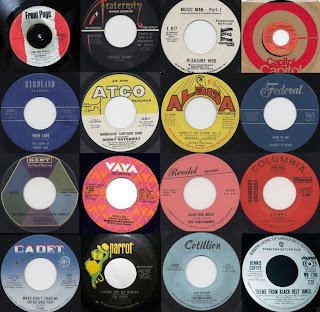 so what gems are you searching for right now?
DIAMOND: There's still a couple of gems I'm lookin for, I posted some of them on in my facebook photo section ... u can find me there under DIAMOND DITC (see records pictured). Or check the "Diamond D" page and you can find my profile on a wall post.

KID DYNO: Many see you as one of the best to rock the mic AND the boards, so who else do you rate as a great producer/MC?
DIAMOND: Lord Finesse, Grand Puba, Hi Tek, Pete Rock, Alchemist, Nottz, Havok, Kanye West, J-Dilla
and Kev Brown...this producer/mc list is in no particular order, just cats who I like a lot for their skills.

KID DYNO: What's the next DIAMOND project to watch out for?
DIAMOND: I'm working on an instrumental LP of straight boom bap beats...and I'm producing an LP on a group called THE 5IVE based out of Atlanta. These dudes are sick on the mic and will feat additional production from Erick Sermon, 9th Wonder and Alchemist...here's their link THE 5IVE
...and hopefully another DITC album soon.


Picture below shows DIAMOND D digging hard on those 45s! 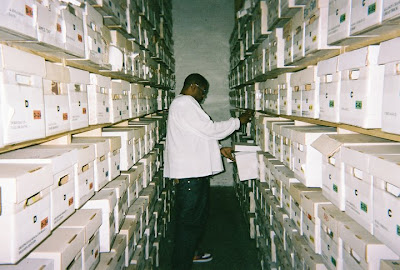 And here's a sneak preview of his 45s ALL LIVE set!


See you at Brixton.

Kid Dyno
I'm reading: A Few Words from Diamond DTweet this! Posted by Daily Diggers at 23:05

thank you for sharing