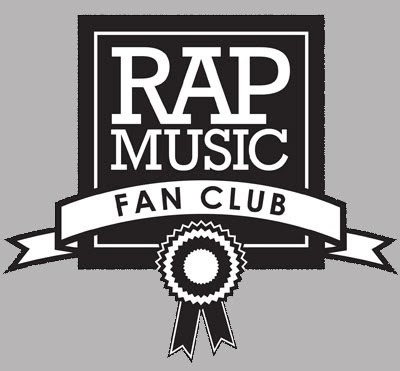 "Celebrating over 30 yrs of recorded Rap Music through a series of club nights, music releases, photography and design. Each month we pay homage to a specific era of rap history, year by year, kicking of with our celebration of rap music's birth on wax - let's party like it's 1979!"

CHRIS READ from MUSIC OF SUBSTANCE is busy at it again with his CLASSIC MATERIAL night at beginning October 2010. 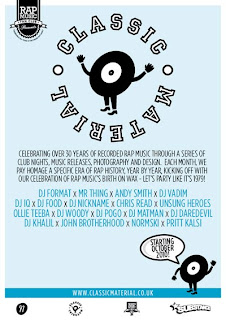 If he wasn't busy enough already with his mixtape projects, his SO MUCH SOUL nights, and running the RAP MUSIC FAN CLUB - CHRIS is certainly up there with DJ SPIN DOCTOR as one of LONDON's hardest working on the wheels of steel! CLASSIC MATERIAL begins on Saturday 16th October at THE CAMP 70-74 City Road London EC1Y 2BJ from 9pm til 4am, featuring all the rap hits you love from 1979 to 1987. Keeping with the old and true school tradition, DJ FORMAT will be the dropping by to unleash a 45rpm set of rap 7" singles so you know it's gonna be one NOT to miss. Also spinning will be CHRIS READ with some dancefloor rap classics from the DISCO era, DJ NICKNAME from DROPPIN' SCIENCE, and myself and BEAT DETECTIVE (DAILY DIGGERS). See you all there for a roadblock session! 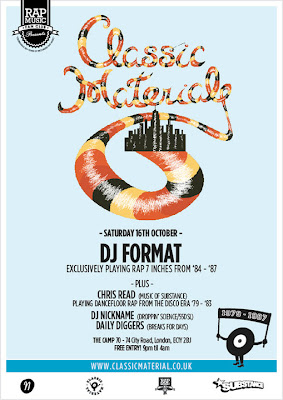 I'm reading: Classic MaterialTweet this! Posted by Daily Diggers at 22:12

sounds like a winner if that line-up is anything to go by...may have to venture daaaaaahn saaaaaaaaaaarf!

Good to see the Daily Diggers being put on ...these young kids nowadays need to be schooled ..lol