JVC Force are Back

Just got word from AJ ROK from JVC FORCE... 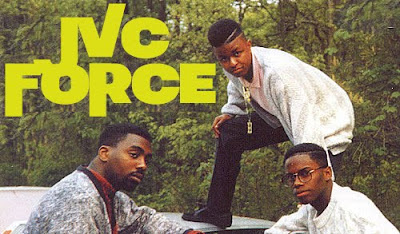 "Get ready party people, your dreams have now been fulfilled...

The launch of the official JVC FORCE website is only hours away. That's right ladies & gents, finally the time has come ...
WWW.JVCFORCE.COM
will be the place to be to cop the new JVC FORCE joints (a new joint will be released every 60 days, including new remixes and previously unreleased joints), hear the official reunion interview of the JVC FORCE (the first interview with the whole group together since 1991) and see rarely seen and never before seen pics of JVC FORCE through out our career.
But wait there's more...There's even some new JVC FORCE merchandize that will be available only on the site real soon as well, plus much much more!

Also this just in... MJQ will be the place to be tomorrow................
If ya in the ATL area tomorrow (FRI. OCT. 1st) come chill with the FORCE as DJ Majestik aka Skenny Kravitz officially premiers 2 new JVC FORCE tracks and celebrated the launch of the website!!
Thank you for your continual support..........

MAY THE FORCE BE WITH YOU!"


Here's AJ ROK's ten records that make him feel proud to be from STRONG ISLAND.

"Even though I was born in Money-Earnin' Mount Vernon & went back there for high school, I grew up & got into the industry as a Long Island, NY (Strong Island) resident! These are some of the things in hip-hop that made me proud to be from Strong Island!"

1. "Strong Island" by JVC FORCE (For Obvious Reasons Concerning Entertainment). For obvious reasons ofcourse. "Living In C.I. Who The Hell Am I..." (Shout to B Luv and Curt Cazal).

2. It Takes a Nation of Millions to Hold Us Back & Fear of a Black Planet albums by Public Enemy. I know this was supposed to be songs but their entire body of work had my proud to be from Strong Island.

3. "My Melody" by Eric B & Rakim. There are far too many Rakim joints to name one but the most memorable lines were. "I take 7 MC's put them in a line/ And add 7 more brothers who think they can rhyme/ Well, it'll take 7 more before I go for mine/ And that's 21 MC's ate up at the same time." Classic I don't care where you're from!

4. "Nobody Beat the Biz" by Biz Markie. The song title says it all, cause no body beat the Biz in what he did and shout to T.J. Swan also from C.I. (Central Islip). 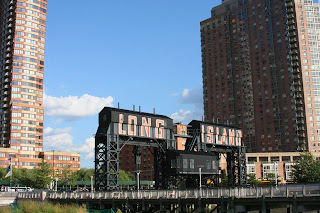 5. "It's My Thing/ You're A Customer" by EPMD. These cats were the first on the East Coast to really use that funk that the West Coast was known for. And that became there patented songs and inspired many to dig in the crates to find the funk!

6. "Most Beautifullest Thing" by Keith Murray. I was just proud to see one of the younger cats around my way hold it down.

7. "Plug Tunin'" by De La Soul. The creativity and boldness not to do what everyone else was doing. Their dared to be different and push the envelop so to speak. A breath of fresh air from the overused break break samples!

8. "Flava In Ya Ear (remix)" by Craig Mack. I mean come on, who don't love the remix with Biggie, LL, Busta and Rampage?

9. "Spellbound" by K. Solo. Again proud to see my dude I grew up with and went to school with get his shine and do his thing!

10. "Case Of The P.T.A" & "Sobb Story" by Leaders Of The New School. These cats brought back the days of Cold Crush Brothers and The Treacherous 3 in their songs, routines and stage performances.

Dope!!! You get all the exclusivesThat second album is impossible to buy and ill!!!

Major J.V.C Force fan!This news and getting my copy of DWG's Tragedy demo's 12 has seriously made my day what else could be better. Thanks for the news KD!

I would love to hear the demos you and Curt Cazal put together. Plus I see your comments re: the ADRIAN B tapes etc. Wow thats heavy duty!

Do you work at seventwenty records? Is that where I can email you....?