Well it's about that time for the NIKE AF1 (friendly) battle with HIP HOP BATTLEFIELD, where Drasar has been showing off some of his fly footwear of late, and believe me he's no slouch when it comes pushing sole with soul. Plus DRASAR, like myself, ain't 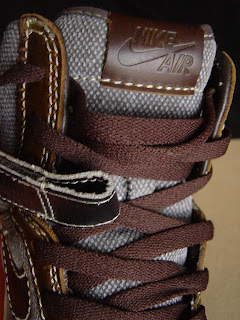 one for these Limited Edition kicks that cost the earth and then some. Instead we're both purveyors of the freshest colourways whatever the cost, and in fact many of my AF1 selections have been purchases made from the bargain bin cuz no-one else wants them. Too many times I paid full money for kicks only to see them cheaper in the summer sales for instance. But in my opinion many of the Quickstrike/Hyperstrike or "limited edition designed by this designer" pairs are straight up wack and make no impact on the real hip hop heads who make the AF1 part of hip hop culture. My favourite pairs of late have always been regular issue and released at the normal (sensible) price of £55 here in the UK for lows, and maybe £65 for mids or high tops. You can keep your £100+ Quickstrikes.

Now let's get busy with the kick-off!


NIKE AF1 Wheat and Mocha with Gum Sole: Strictly special occasion kicks for the height of summer only. I ain't risking ruining these beauties. 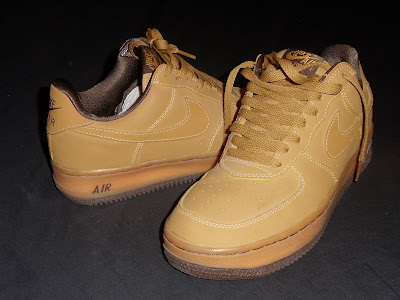 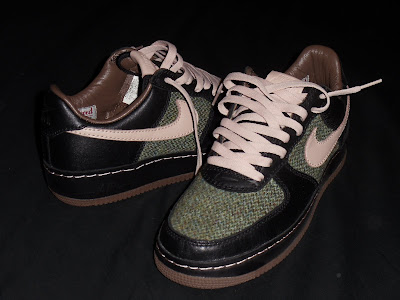 NIKE AF1 Carolina Blue Canvas: Simple yet effective, who needs to be flash when you can be fresh! 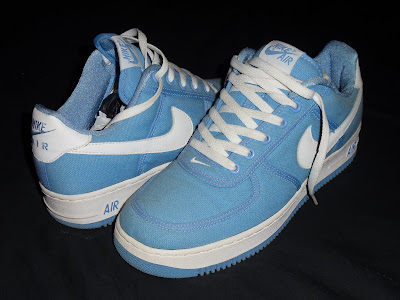 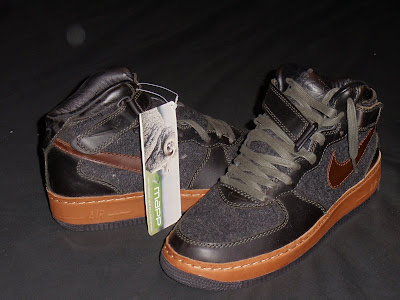 NIKE AF1 Baroque suede with brown leather and Carolina Swoosh: Great colour combo, and in fact so nice I bought 'em twice and put one on ice. 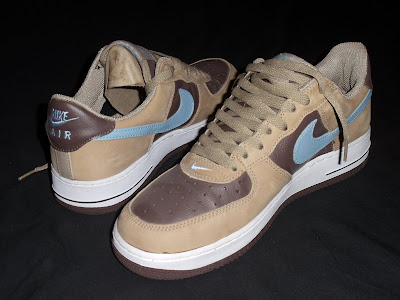 NIKE AF1 ACG Mowabb orange, blue and cream with granite sole: I copped these cheap at £25 at the NIKE outlet. Summer bangers for sure. 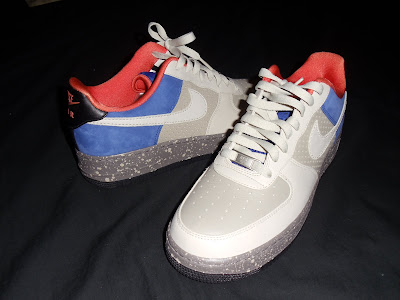 Kapowww - yes I know that's 6 pairs and not 5 as written in the rules, but hey I'm a rule-bender! To be perfectly honest I got carried away all with this talk of fly footwear!

Much love to DRASAR at HIP HOP BATTLEFIELD, his choice of AF1s is no less than fresh as I would expect, take a peep.

You definitely got busy, my dude......The green tweeds & the morinho joints made me drop a couple beads of sweat from my forehead.....

Your brother from Killa Cali-
D