CLASSIC MATERIAL kicked off with a boom last night in East London courtesy of hard-working duo CHRIS READ and DJ NICKNAME. The C.A.M.P. is a funky venue right on top of Old Street tube station, and despite a quiet start it was great to see some real heads in the place as the night progressed. 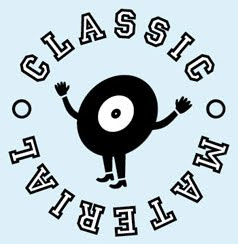 I wanna say some shouts to STICKERED STEVE, BEATTROOPER, MR THING, JOHNNY CUBA, OLLIE TEEBA, BEN MATFIELD, DAN DELTA, JAY KICKMOUTH and of course DJ FORMAT for making an appearance. Good to see you all fellas. This was the first instalment of what plans to be a must-not-miss night out in East London over the coming months. If you're a hip hopper then this is the place you need to be checking out, as the crew take a journey through the history of rap music all the way from '79 to present day. Forthcoming DJs include MR THING, HARRY LOVE, ANDY SMITH, DJ VADIM, MATMAN & DAREDEVIL, DJ POGO, DJ FOOD, DJ WOODY, DJ IQ and more to be announced. And holy smoke!!! DJ FORMAT's 45s set last night was in one word - unforgettable! Over the years I have witnessed many of the world's most proficient DJs throw down on the wheels of steel, and there are several DJ sets that are ingrained in my memory forever (see below).

When you see something special it makes up for all those boring sets and sub-standard DJs that you waited hours for at other venues on other nights.From the moment I saw the tracklist for FORMAT's set I knew this was gonna be one to remember. Firstly, I was astonished by some of the hip hop 45s he had listed - lots of classics I hadn't even considered may be out there on 45rpm. Secondly, this man has a reputation for being a perfectionist when it comes to both his DJ sets and his own productions, so I was eager to say the least.

"Format is, put simply, a one of a kind DJ and the owner of a record collection that will bring most serious collectors to tears…"

And I wasn't disappointed, FORMAT pulled out the gems and rocked the 45s like I have never witnessed before. Supertight mixing and highly adept scratches kept the whole set in one neat and compact sequence, as he effortlessly rocked the wheels and motivated the crowd. You could hear the "ooh"s and "aah"s as he dropped classic after classic on 45, and FORMAT himself was 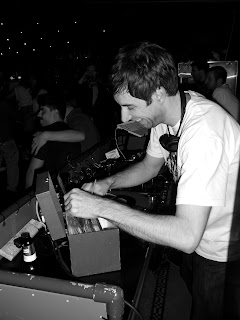 blatantly getting as much pleasure out of it as we were. Good to see a DJ who so obviously loves his music and what he does as much as FORMAT - nice work Matt! At one point all the record heads bumrushed the DJ booth simply to clarify that what we could hear was in fact a 7" version of JAZZY JAY "It's a Def Jam" on DEF JAM burgundy label. Damn - where did he find THAT? I don't think any of us could believe what we were seeing/hearing. I hope someone managed to get some quality video footage of this set, as the sound levels on mine are terribly distorted. Even if not, this set will remain in my brain for years. Very inspiring and defintely one to beat for others in the future.
Just check out some of these 45rpm rarities he dropped.....

Here's a few flicks taken on the night, if I get any audio to share with you then you will be the first to know. I'm looking forward to the next CLASSIC MATERIAL with music from the late 80s early 90s. It's gonna be a sureshot! 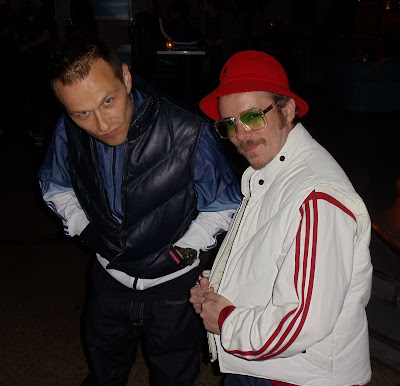 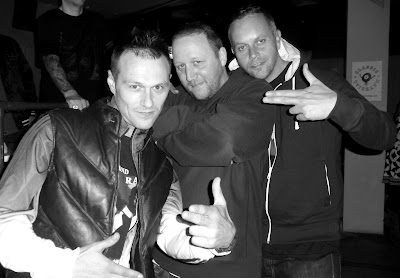 CLASSIC MATERIAL box set including mix CD, Tee Shirt, artwork, flyers and stickers. To get yours click on the link at the top of this post or pick one up at the next event. 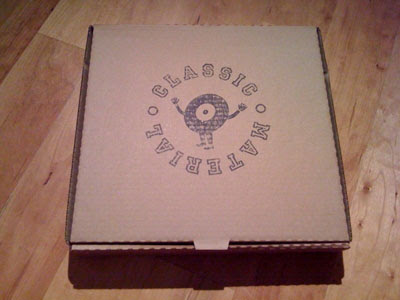 Some of the other memorable DJ sets that I have been lucky enough to witness...

DJ DAVID (GERMANY) - 1990 DMC WORLD DJ CHAMPS in London.
This was memorable for one reason. DJ DAVID was very much an underdog when he appeared at the DMC finals that year, and people were sleeping on the fact that Germany's hip hop scene was just as hardcore as any scene in the US, or UK. So when this European DJ took to the stage at London's Wembley Arena, the 10,000+ strong crowd heckled and booed him just at the lack of creativity in his stagename. Now, if you have never seen or heard of a DJ before, it's always best to check 'em out before passing judgement. Suffice to say DJ DAVID took the whole competition up another level with his advanced set and scratching that stood out as miles better than any other opponent. DAVID killed it, the crowd went wild, the rest is history!

DJ BABU - ROCKERS REVENGE @ The Blue Note Hoxton Square circa 1996
Anyone who knows of DJ BABU (BEAT JUNKIES) will no doubt be aware of his phenomenal routine using doubles of "Blind Alley" by THE EMOTIONS. I personally think the beat juggle he created using that record is the best I have heard to date. No-one has juggled a better routine IMO (please feel free to update me if you think I'm wrong). To see him drop that live at THE BLUE NOTE in Hoxton in the mid-90s was a spine tingling experience to say the least. After seeing it, I thought DJing could get no better than that, and I'm still happy to be convinced otherwise. Shame the performance was marred by a certain DJ PRIME CUTS telling the crowd to "fuck off" as they moved closer and closer to get a glimpse of BABU after the set. Remember who put you there PRIME CUTS!

INVISIBLE SKRATCH PICKLZ vs X-MEN - July 1996 Manhattan Centre New York
The battle that ended all battles. At the time these 2 crews were just hitting the top of their games, and the "friendly" yet frenzied battle that took place at the Manhattan centre that afternoon was the stuff of legend. Even the way the turntables were laid out on stage was done to evoke the battling spirit between the rivals; two banks of decks almost alongside each other so each DJ could face-off and witness every move of their opponents. I'm still to this day trying to work out who officially won that match. Maybe the synchronised stab cuts at the end of the PICKLZ set won it for me, it sure tore the roof off that muthf#cka! DJ ROC RAIDA rest in peace.

Wud up KD ..Matt is a good personal friend & yes perfectionist is definitely the word when it comes to his production & DJ sets.

No one should underestimate how smooth he is on the cut & his sets are always a joy.

Gonna try & reach one of these nights as it looks dope.

Also lookin forward to Format rockin with us at our Vinyl Veterans jam this coming Saturday night.

word i was at that babu gig, was super dope, he killed it that night, think it was the one with prime cuts using elastic bands on the crossfader to try n do the crab scratch?!?!

Not gonna be about to catch formats set this weekend unfortunately tho.

Yeah, I was at that DMC when DJ David kilt it! I remember him coming out to a fairly unimpressed crowd snickering at the name, but he soon shut them up!

I was also at the 88 DMC final when Cash Money changed the game, the 89 final when Swift took it, and my biggest bonus b.boy points scoop was being at the US DMC finals in NY in 1992, when The Rock Steady DJ's (Q.Bert, Mix Master Mike and Apollo) tore up the rule book and took it to the next level. Kool Herc was on stage with Red Alert yelling at him "look what you did, it was you who started this!"

Prime Cuts acted like a primadonna when the Scratch Perverts played my home town in '99.