My old friend and ZULU NATION cat SHUCKS ONE over at KOOL SKOOL has taken the baton in terms of our recent CAZAL COUTURE post. It turns out

he was also fleshing out a CAZAL post over at his always-dope KOOL SKOOL site at the time as I posted up my piece. So it made sense for us to combine forces with a KOOL SKOOL / DAILY DIGGERS collabo. I met SHUCKS around ten years ago whilst DJing on the now defunkt ITCH FM, the ONLY true 100% Hip Hop Radio Station LONDON has ever seen. Those were good times back then, despite some hair-raising studio locations across the Capital. You can believe myself, AIDAN ORANGE and SHUCKS had some major laughs whilst in the studio over the times we were broadcasting. SHUCKS always brought something fresh to the airwaves, whether it be his crazy sense of humour, extensive rap knowledge, or just some unreleased live shit you never heard before - props to MR SHUCKS!
Check out his CAZAL carry-on over at KOOL SKOOL right now... 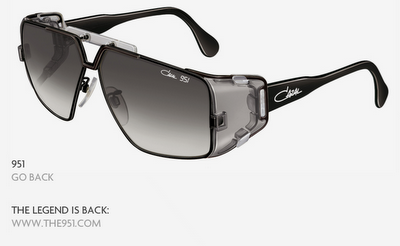 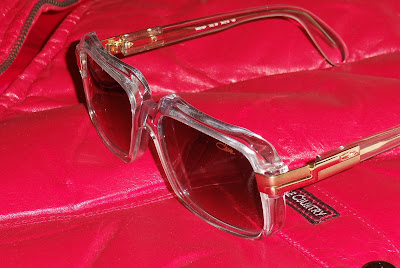 If you're gonna do a part 3, I hope you mention Rappin' Tate's record, "My Cozells" (his spelling). I blogged a bit about it here: http://wernervonwallenrod.blogspot.com/2009/07/rappin-tate.html It's like "Rock the Bells," but about Cazals.

Hey Dyno, my man WAXER interviewed SHUCKS on his radio show a few weeks back, SHUCKS was droppin` mad knowledge & stories from back in the days, i`m sure you would have enjoyed that interview! Seems like a real cool dude & i`ve got an exclusive poster by SHUCKS coming my way ;-)

By the way, i need to get myself a pair of cazal`s, standard accesory for any b-boy!