I've been speaking recently with a lot of US heads who on the whole are aware of some of the UK's homegrown hip hop talent from the end of the last century, but they're not always familiar with some of the more underground artists that made big noise back on our UK shores. I always try my best to put my international comrades up on lesser known UK artists that I think they really should hear, but I am by no means an authority on the matter. For that I leave it to the professionals such as UK veteran WAXER from the excellent and very informative DISCO SCRATCH website, and also online spots like HEROES OF UK HIP HOP are well worth a visit to brush up on your UK rap knowledge. 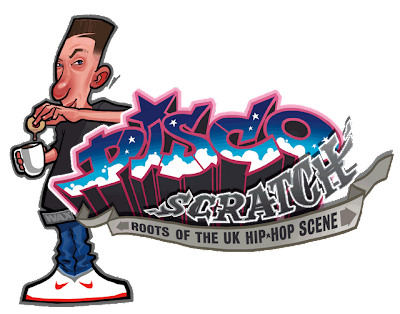 Although to be perfectly honest, I only ever need to drop them a few bars of some good old British boom bap from the late 80s and early 90s and that normally gets a reaction. Remember Hip Hop was spawned in the States and as such they have never had the need to search internationally for good hip hop music, when they have all they need on their own doorsteps (or should I say on the stoop?). And of course I don't blame them for that, but they are missing out on some quality beats and rhymes. The UK hip hop scene back then was more purist than even the music from the States. 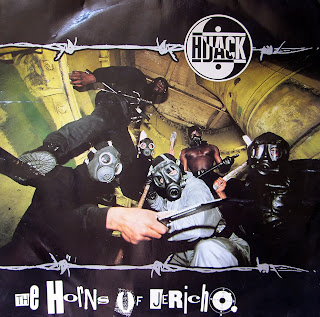 Many UK crews brought nothing but hardcore beats and surefire raps to the table without a thought of having to sell out - hip hop was never ever gonna go commercial in the UK so the thought didn't even enter their minds. Because of that fact the majority of UK hip hop releases from this period were uptempo break-laden beats with furious lyrics, and swift DJ cuts and scratches were a necessity! Hence why the Europeans branded the name "Britcore" on any rap releases hailing from our shores. Trust me the UK cats were taking no shorts back then! I only have to mention names likes FRESH SKI & MO-ROCK, HARDNOISE, GUNSHOT, KATCH 22, HIJACK, BLADE, POINT BLANK, KINETIC EFFECT, LONDON POSSE, THE THREE KNIGHTS, 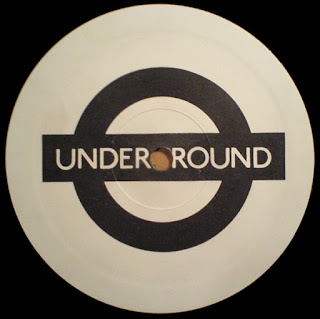 BLACK RADICAL, CAVEMAN, DEMON BOYZ ... I could go on for days. And as most releases were independent there was little need for sample clearance, and little or no label pressure in terms of musical direction. The whole UK scene was such that it lead to some awesome UK releases which could give many of the $100+ "random rap" holy grails a run for their money even today!
Get yourself over to DISCO SCRATCH and HEROES OF UK HIP HOP and brush up on your UK knowledge. Recently WAXER conducted a superb audio interview with UK engineer legend NO SLEEP NIGEL, who gave up some juicy stories about the UK scene back in the days. And a few production tips too including one story of how he and DEXTER (from D TO THE K and BROTHERHOOD) would create tape loops and play them back simultaneously without the need for a sampler - crazy shit and well worth a listen.

On the subject of UK Hip Hop, and also after mentioning FRESH SKI & MO-ROCK, I am very pleased to reveal that their un-released EP project entitled "THE COARSE SELECTORS" is soon to make it's debut appearance on wax courtesy of those nice dudes over at DIGGERS WITH GRATITUDE. Stay tuned here for more details and a DAILY DIGGERS exclusive interview very very soon. To keep you salivating, here is their first release, the oh-so dope "TALKING PAYS" on TUFF GROOVE label.


Big-up to MO and FRESH SKI!

A-Yo Dyno bigup mate I got you on my RSS and would have peeped this today anyway but Finchy hit me up to tell me you had a little DS flavour in there too, nuff respect for the mentions homey, hope to hook up soon! Respect, peace.

True. All so very, very true.
Cheers for the hook-up BTW, Dyno. Tis much appreciated, home-slice.

Oh yes I always loved UK Rap. I remember this record my cousin bought. He was 14 or 15 and loved heavy metal and bought this because the name made him think it was metal music on it :) It was the VA album "Hard as hell vol.3". He gave it me as a gift. I really liked the track from the Demon Boyz and HiJack. I miss this suparuff sound and the tempo from back then. crazy tempo. Silver Bullets "Undercover Anarchist" has 142 bpm.

Thank you for reminding me listening to UK stuff again.