As I mentioned in my previous post, SLICK RICK was in the Bronx on Tuesday taking part in the RED BULL celebrations of the five NY boroughs and five iconic hip hop albums to come out of those areas. 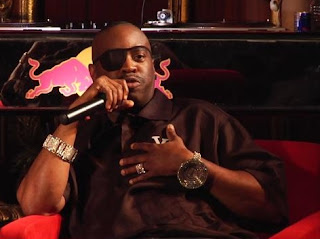 CHAIRMAN MAO spent an hour or two sitting down with the RICKSTER and together they listened track by track to the GREAT ADVENTURES OF SLICK RICK LP while discussing the story behind each song. I would love to have attended this event but luckily for us this has been captured on video for us all to see. There is over an hour of dialogue with RICK himself, but also stay tuned for CHAIRMAN MAO's discussion with FUNKMASTER FLEX as he reminisces on his early days as a record boy for CHUCK CHILLOUT. Interesting stuff! Check it out HERE.
I'm reading: The Great Adventures...Tweet this! Posted by Daily Diggers at 16:48