Tomorrow the 14th October is the 7th anniversary of the passing of my good friend JAMES LEACY. Many of you will know of JAMES through his alter ego 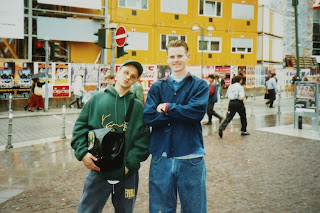 BREAK DJ LEACY - the man who single handedly changed the game of break deejaying around the turn of the millenium. I first met JIM (as I called him) in 1990 while he was working at LIVINGSTON RECORDING STUDIOS in North London for the infamous dance music duo COLDCUT (Matt Black and Jonathan Moore). Once we realised we both had a deep love for Hip Hop our friendship was cemented and we kept in touch ever since. In fact in 1994 myself and JIM planned a trip to New York for our first pilgrimage to the home of Hip Hop and to attend the ROCK STEADY CREW anniversary jams. Unfortunately JIM couldn't make it when it got close to our departure 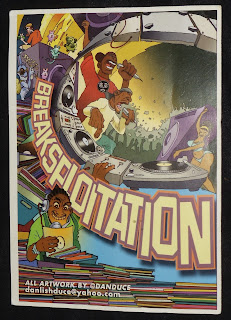 date, so I made the journey with his old friend Neill Flynn instead. However JIM did make it happen the following Summer of 1995 - this is when he made his first New York contacts and began his quest to become the break DJ of choice for all true-to-the-art b-boy crews. This was a quest that he eventually completed before his untimely death on the evening of October 14th 2004 after being involved in an accident with a motor vehicle. If he was still with us James would have been celebrating his 40th birthday only a week ago. That night I lost my oldest and dearest friend, and the b-boy world lost a true master of the game and king of the breaks! I dedicate this whole website to JAMES LEACY, may he rock on!
BREAK DJ JAMES LEACY 1971-2004
rest in beats 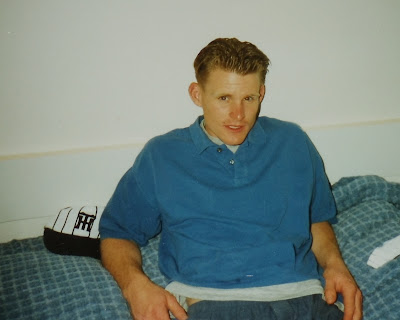