Ahhh the good old days of cassette tapes are a very fond memory. If, like me, you were a child of the seventies the no doubt you will remember the summer of 1979 when SONY announced it's first WALKMAN personal tape recorders which at the time were the "must have" accessory (basically the Ipod of its day). This was the first time you could truly have "music on the move" without disturbing the whole community around you. And a few years before that saw the birth of the boombox, roughly around 1976, when manufacturers began making portable cassette radios with the emphasis on volume. As a very young child I would purchase seven inch singles from Woolworths using my pocket money, each single costing less than one pound. But the innovations in cassette technology actually made me switch from buying vinyl to buying tapes, and these were my format of choice right through to the early 1980s (although I continued to still buy the odd seven inch). 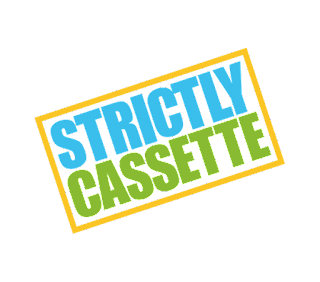 In 1984, as my interests in music turned to the emerging hip hop culture, the cassette tape became even more appropriate as the kids in my school would swap C90s of hip hop radio shows, Street Sounds Electro albums, pause button tapes, and any DJ mixes we could get our hands on. And any kid in school with a double deck cassette recorder had twice the amount of friends as the rest of us seeing as he could do copies of any tape you wanted - back then tape was KING! And even though occasionally the tape would flip over inside it's case where it had not been kept tightly wound (thus playing in reverse) but this only added to the fun of tapes. I remember repairing hundreds of cassettes with my tiny screwdriver and a roll of sticky tape, even when friends said they were beyond a fix. Snapped tapes were dead easy to fix, taking less than 3 minutes and with a steady hand you could achieve a perfect repair job. I still got a few boxes of tapes with everything from mixes, old school jam tapes, Westwood shows, GLR shows and original albums. In fact I'm gonna dig out a box now and see what I find.
While I'm busy doing that, why don't you check out STRICTLY CASSETTE's excellent interview with nostalgia king SKEME RICHARDS as he tells of his love for the humble C90 cassette. Time to press PLAY and RECORD! 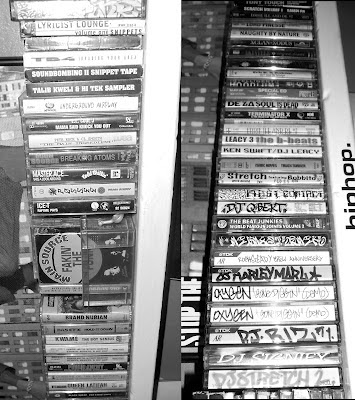 I'm reading: Make you Press RewindTweet this! Posted by Daily Diggers at 18:49

I wish I still had my old tapes