Me, Myself and I

"What?" I hear you all cry.... "Some shameless self promotion?" Actually it is! This is an interview with yours truly carried out by KOOL SKOOL's man of action SHUCKS ONE. My good friend SHUCKS made it over to the DAILY DIGGERS HQ earlier in the summer so we could catch up and reminisce about the old school, talk about the NOW school, check each other's kicks, laugh about our days on pirate radio, and other hip hop trivia that sprang to mind.

Now usually SHUCKS is used to interviewing much more important people within Hip Hop. You only have to keep one eye on his KOOL SKOOL website to spot interviews with the likes of ALI SHAHEED MUHAMMAD, MELLE MEL and the FURIOUS FIVE, MOE LUV, DR BUTCHER, ROB SWIFT, CORMEGA, JERU THE DAMAJA to name just a few. So when he asked to interview myself I found it hard to understand at first, but thought hey this might be fun. I've known SHUCKS for over ten years so we're comfortable in each other's company and with each other's sense of humour. So much so, that I had forgotten he'd even filmed any of it - it just seemed like any other evening relaxing with some dope beats and talking hip hop. Nuff respect to my man my mellow SHUCKS ONE. And check out his FOUNDATION ROCKS site for his ALI SHAHEED interview and much more... 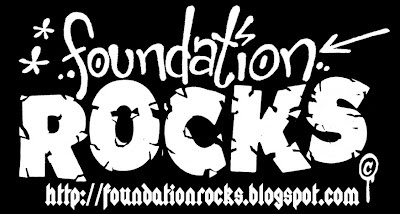 I'm reading: Me, Myself and ITweet this! Posted by Daily Diggers at 23:11

some great recollections here - have posted up over on my blog...

thanks Ryan for sharing. I'm glad you thought it was worthy!

keep up the good work...

Loved it, the chemistry definitely there, definitely informative and interesting, keep on keeping on!