I gotta take my hat off to DJ SCRATCH for what 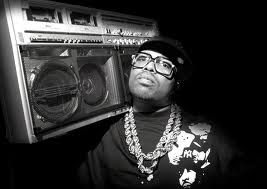 he is doing for DJ culture right now through his SCRATCHVISION website. SCRATCH found himself in the situation a few years ago where had become disillusioned with the music scene both on TV and on Radio where he simply could not hear the type of music he wanted to hear. Hence he set up SCRATCHVISON - an online TV channel where you can tune in for live DJ sets from World Champion DJs, like minded vinyl collectors, Old School heroes, and respected turntable technicians with real musical knowledge.

The list of DJs that have peformed so far in the SCRATCHVISION studio is an impressive one, and if you haven't tuned in to hear AND watch the DJs then it's about time you did.

SCRATCHVISION has recently reached it's third anniversary and to celebrate, DJ SCRATCH (EPMD deejay and 1988 New Music Seminar World Supremacist DJ) has brought together all your favourite DJs a got them together for various daytime and evening performances at BEST BUYs in UNION SQUARE in NYC. So far I've seen incredible sets from SCRATCH himself, DJ CASH MONEY, DANNY DAN the BEAT MANN, FORREST GETEMGUMP, CHUCK CHILLOUT, GRANDMASTER FLASH, DJ SPINNA, BREAKBEAT LOU, NATASHA DIGGS, SPINDERELLA and many more. I must add that FORREST cold crushed the breaks in the sets I've seen him drop on SCRATCHVISION. Another favourite was OPERATOR EMZ 45rpm only set which you can watch below.

I'm reading: Salute to DJ ScratchTweet this! Posted by Daily Diggers at 09:54