Here's a name you're gonna hear a lot in the next few months. DANNY SPICE is a UK producer, deejay and emcee who likes his beats dusty and prefers to keep it true school. Recently he dropped a 45rpm 7" single on KING OF THE BEATS label featuring the JUICE CREW member and freestyler extraordinaire CRAIG G. DANNY, a self confessed vinyl junkie, first dropped vinyl back in 2004 with his "Home Truths" EP. Since then he has worked with LEWIS PARKER, another pedigree producer from the UK, and dropped two notable singles on CARRY ON GOING RECORDS.
"A King Amongst Thieves" is his new full length vinyl project due to drop in October and features a host of names including OXYGEN, KOOL SPHERE from VERBAL THREAT, SIMPLE ONE from Germany and MR THING performing some off-the-chart scratches! Also included on the 12" single is the CRAIG G tracks from the KOTB 7" release. It's more a meeting of similar minds rather than a solo effort, and in our interview below DANNY tells of how this project was born and also reveals his influences behind his love for making Hip Hop beats the right way.
And while you're reading, DANNY has even pulled out a bonus beat from the SPICE rack to keep your earholes buzzing during the interview. Enjoy.
DANNY SPICE INTERVIEW OCT 2012 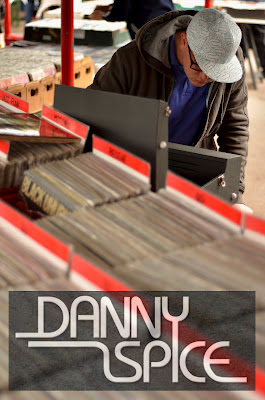 KID DYNO: What's your name, where ya from and who you be?
DANNY SPICE: DANNY SPICE from in and around Hertfordshire UK, the dusty fingered beat digging loner former stoner in the house. T total and high on lost gems!

KID DYNO: What was your introduction to hip hop?
DANNY SPICE: Back around 89/90 sort of time - the (Flavor Flav) clocks, VW signs and trainers with no laces ... that's what got me. I was hooked on beats and rhymes from the very first time I heard them, and also graff, DJing, breaking, bad language and hood movies. First introduction to a break was probably TOM TOM TOM CLUB "...what you gonna do when you get out of jail.." and so forth. The main thing that got me was the records, the vinyl, the scratching, the beats and the digging. I was always in the record shop from a very young age and still am to this day.

KID DYNO: The new EP is called "King Amongst Thieves". How did you arrive at the title?
DANNY SPICE: Yeah I wanna clear that up so people don't think its an arrogant thing. It started when I won KING OF THE BEATS - shouts to Pritt Kalsi aka KEY FIGURES!!! I wanted to do an album with the records I won in the battle but then I wasn't really feeling the records I obtained so kept the theme rolling but just used stuff from my own collection. The album is completely made from samples, the only thing that wasn't lifted off of old dusty records was the artists recorded on them! I didn't play one single bass note so its all about jacking beats which is my style anyway. I've never used a sound module ever in my life and have no plans to either. Its a homage to vinyl culture and my favourite stores really, they played a huge part in this release by supplying me the records!!! 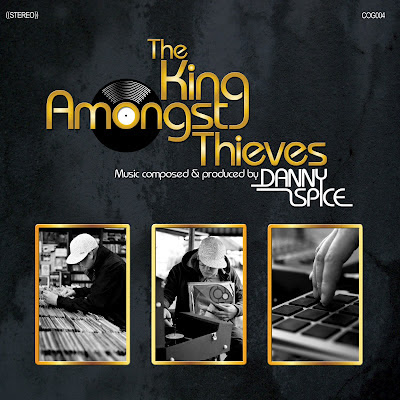 KID DYNO: How did you choose the artists to work with on this project?
DANNY SPICE: I just hit up artists I'm a fan of rather than artists who I thought would sell! A lot of artists hit me up and just wanted to work with me too from the beat CDs I had been passing about. I recorded so many joints with people for this project that people will think I'm crazy for not including, but I was dealing with quality over quantity that's why I cut it to an EP over an album in the end. I think it works though its a nice 25 minute listen

KID DYNO: On your first 12" you were taking charge of the mic, but now you take care of vocals and production - how did that change come about or have you always made beats?
DANNY SPICE: I was a DJ way before I was an EMCEE. I wanted to be the guy in the back cutting up doubles that was my dream, but.... my first turntables were a shit pair of belt drive SOUNDLAB DLP1600s or something like that ... and I wore them out cutting doubles and they died. I had no dough for more so I started rhyming because I had no choice (I was hooked) so I had to do something then ... and it (the rhyming) just took over for a long time. I am not going to lie for a minute, for a good good while I was chasing fame (being young) looking for loose women and shit ... I never compromised what sound I liked, but I kinda got lost in it all. But now I'm doing what I want to do. The beats is what I want to do. I don't have any desire to pursue a career as a rapper anymore. I'm not hanging up the mic though, maybe in the future I will drop something. I got a Lewis Parker beat I'm sitting on I might record and release a 7" with it ... who knows? But right now it's the pads I'm dealing with.

KID DYNO: How important is digging for beats for you? And how you would describe your resulting sound?
DANNY SPICE: Digging is the main art behind what I do! For me that is the first stage of production, without it there is no beat. My sound is the sound of busted crackling old fucked up records with some fat drums to give it the head nod. Take away the records I have nothing.

KID DYNO: MR THING features on "Inner City Kings". Has he always been someone you have wanted to work with and how did you hook that up?
DANNY SPICE: MR THING is the best turntablist and club DJ this country has ever produced, end of! I don't care what anyone says he is the master of both!!! He talks with his hands and he kills it on records as well. How many sick Hip Hop records have him on the cuts? I always wanted a record with THING talking with his hands on it. He is a cool dude too - I sent him the music, he said yes, and got it done with no ego, no large bullshit, just nice. PROPS TO MR THING

KID DYNO: I've seen the great footage of you live on stage with DJ DEMAN confidently manning the wheels of steel - can we expect more dope live appearances like this?
DANNY SPICE: Me and D had a ball doing those shows but also went through a lot of stress with bullshit promoters and club owners too. In all honesty the best live shows I ever did was with D but in the end it was too time consuming and real life took over. Bills had to be paid and I just couldn't justify to my family going out and doing the shows anymore. It's not about the money as I love Hip Hop but also its not about mugging yourself either. I wanna get out on the road again and I'm going to try see if I can get an agent and make it happen properly, but I wont be on the mic I will be doing DJ sets if it happens? Going back to my roots to what I originally set out to do.

KID DYNO: Working with Lewis Parker must have been fun, those tracks were crazy dope and I'm constantly recommending that single to my colleagues. Please break down that project for me?
DANNY SPICE: Those 2 tracks came about pre Myspace days. It just took a minute for me to get 'em out as the record shop I worked at around the time funded those joints and was suppose to put them out 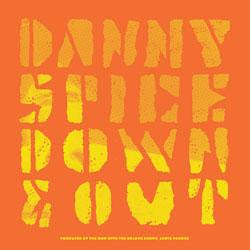 but didn't for what ever reason. I basically got sent a promo CD of his "put a beat 2 a rhyme" project he was working on and there was a phone number on the CD I was like "fuck it ... I'm going to phone it try get hold of this dude!" I was a huge fan of his whole career from when he was with BITE IT. I didn't even know he was doing stuff with GHOSTFACE at this point? Anyway to cut a long story short, he was in UK for a week or something. He already lived in the States then and by pure luck we spoke on the phone and hooked it up. I was already working on music with RICHY PITCH from SCRATCH / 7EVEN HEADS around the time, so I recorded them at RICHY's studio and then Lewis came by when we done the mix downs and done the do when he was back for a week. It wasn't straight forward and there was a few problems along the way if I'm honest. I do wish things went down a little different but I'm proud to know I have done a record with LEWIS. He is one of my fave producers of all time and definitely somewhere in my top ten

KID DYNO: What's next on the menu?
DANNY SPICE: Me and KOOL SPHERE from VERBAL THREAT who features on my new record have spoke about doing a full length project together, so I wanna try make that happen. I'm hoping to make "The King Amongst Thieves" a trilogy also and drop another 2 parts. Really I wanna concentrate on the label and putting out other dope artists I think the next release won't actually be a DANNY SPICE record - I will be putting out someone else's music. I'm already speaking to them about it so watch this space keep and checking in with www.carryongoing.com for what's going to be happening. 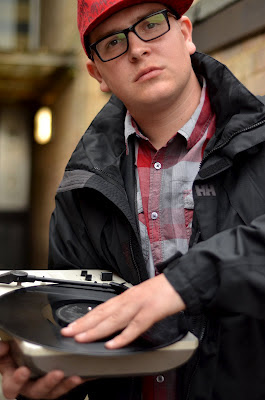 KID DYNO: Any shouts you wanna give Danny?
DANNY SPICE: Thank you to DAILY DIGGERS for interviewing me and supporting my record. I'm a fan of the blog so I'm honoured to be part of it! Hands down I approached these guys to be featured on here cause I feel what they do! So thanks for making that happen! As for any other shouts ... grab yourself a copy of my record and read the shouts on the cover cuz that's who I wanna give props to! And keep it www.carryongoing.com
Peace
DANNY SPICE signing out.

KID DYNO: Thanks to you DANNY for taking time out to do this interview, and for sampling my favourite DE WOLFE joint on your forthcoming "A King Amongst Thieves" EP.

I'm reading: Danny SpiceTweet this! Posted by Daily Diggers at 22:22