The Twenty Dozen has been an inspiring year for hip hop vinyl releases. In fact I would say more so than over the last decade. The last twelve months or so has given us some amazing vinyl projects including SOUNDSCI full length LP, FABREEZE BROTHERS, FREESTYLE PROFESSORS, DJ FORMAT, OXYGEN, THE GOOD PEOPLE, DANNY SPICE, LEWIS PARKER, ACTION BRONSON, ROC MARCIANO, PAUL NICE, RASHEED CHAPPELL, J-ZONE, JORUN BOMBAY REMIXES etc.... (do I really need to continue?). I've certainly noticed my "new rap" section in my racks is beginning to bulge, and that's a good sign. I was guilty (as I'm sure many were) of writing off the thought of being hungry for new vinyl like back in the old days, and in the early noughties I practically gave up buying new hip hop 12" releases unless of course it was a DJ PREMIER produced classic. But, life goes in cycles and here I am eagerly checking release dates once again. I'm really pleased that the vinyl game is enjoying a flourishing time at the moment - I know for a fact that many vinyl pressing plants have been run off their feet this year. Whoever said vinyl was dead must be choking on their Serato control discs by now!

Here's three of my favourite hip hop 45rpm releases of recent weeks. I'm a sucker for 45s so if you drop a banger on this format then you have my attention already. And at the moment I seem to be kept busy on the 45 front. Here's a trio of seven inch hip hop records which are available now or due to be available very soon. Every one is DAILY DIGGERS recommended so if you see these you need to cop them all....three times dope! 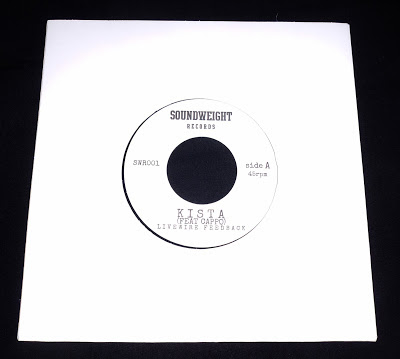 KISTA hails from North Yorkshire in the UK and is no stranger to putting out vinyl (check out his discography). This time around he has put together a real sinister headnod beat for Nottingham MC CAPPO to drop his unique rhyme style. CAPO makes no bones about where he comes from and is unashamedly proud of his Nottingham roots. I've always admired this kid's flow and word play and I'm happy to say this funky 45 is no exception. With lyrical references to FRANK WHITE (from King of New York) and CHARLES BRONSON he got my attention already. In fact, the duo have teamed up with the outcome sounding more like a practiced partnership than a first outing for the pair, who both come from a graffiti writing past (hence the classic graffiti writer intro courtesy of BRIM from the film "Bombin'"). KISTA's addictive beat is one of those "it ain't what you do it's what you don't" type beats - less is always more in my book and he absolutely nails it with this one. For more KISTA productions you really need to check out his recent work HERE where you can find his killer joint "Talk With God" featuring TABLEEK from MASPYKE - essential listening. 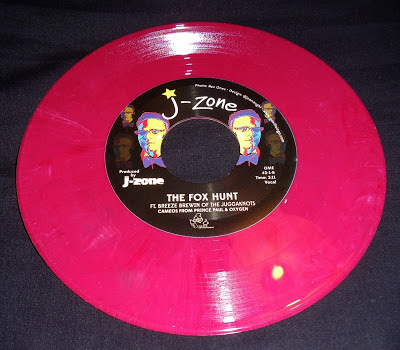 I always did like what J-ZONE was doing, and I felt a lot of his material was highly slept on by many and not pushed as well as it should have been. He was doing that beatmaking/rhyming thing on his own years ago. His "Music For Tu Madre" album was on constant rotation here in the DAILY DIGGERS HQ for many months after it dropped. Man I cannot believe that was over a dozen years ago now - that LP was the shit. Anyway, after a brief hiatus on the vinyl front MR. ZONE is now back on wax with a cute and colourful 45rpm seven inch single on his own label OLD MAID ENTERTAINMENT. The A-side is a remix of "The Drug Song" but I can't resist the B-side track "The Foxhunt" which features BREEZE BREWIN and cameos from OXYGEN and producer legend PRINCE PAUL. This track is so infectious and spotlights J-ZONE's comical side that always made me chuckle on his previous records. Despite the humour, the beat is seriously dope and a real winner in my opinion. Get busy with all J-ZONE's antics over at his GO VILLAIN GO website. 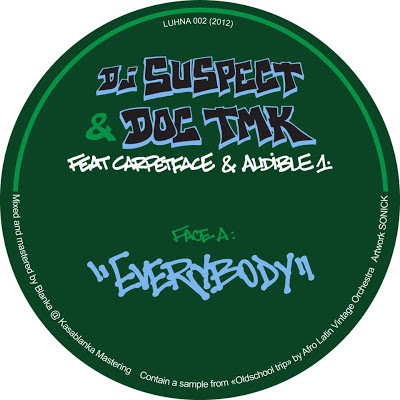 You might not be instantly familiar with all the names on this one, but when I tell you that DJ SUSPECT is the turntable terror-wrist from French favourites THE FUNK LEAGUE then you know this is something to look and listen out for. This time he is teaming up with UK MCs CARPETFACE and AUDIBLE1 and the resulting French-English collaboration is possibly the best thing to happen between our countries since the Channel Tunnel. Surefire beats and samples are certainly on the menu here, alongside some very adept cuts and scratches provided by DJ SUSPECT. AUDIBLE1 and CARPETFACE already have history on the microphone together and this collaboration is fruition of years of dedication to hip hop alongside some stylish French production. The records is available very soon through HHV, JUNO and the usual outlets. Vive le Hip Hop!


And ... on the subject of new vinyl releases I have an announcement to make here on DAILY DIGGERS this Thursday regarding a new vinyl project involving myself KID DYNO and THE BEAT DETECTIVE. Watch ... this .... space ....

What up with that announcement Dyno?
Looking forward to some Daily Diggers wax!