Check out LEACYBROTHERS website where you can pick up your Christmas supply of BREAK DJ LEACY t-shirts, park jam slipmats, and of course download some of LEACY's unbeatable mixtapes. 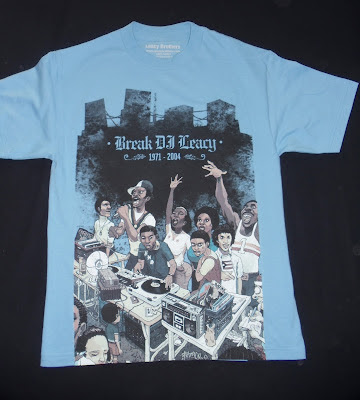 Freshly uploaded you will find LEACY's 1999 MIAMI PRO-AM mix; I've added a snippet below but you need to go to the website to download the full version. I've already featured live audio of his MIGHTY FOUR battle set HEREwith KEN SWIFT on the mic, but this mix is more of a montage of original breaks and beats in true school tradition.
I firmly believe BREAK DJ JAMES LEACY (who passed in 2004) has his 1s and 2s set up next to Heaven's Pearly Gates, and he is rocking the breakbeats for those b-boys and b-girls that join him in eternal peace. Keep doing the do JIM - rest in beats my brother. 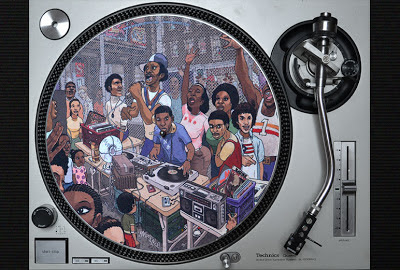 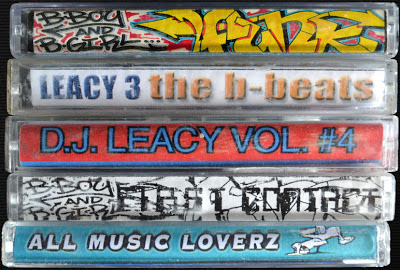 "To every new generation of breakers and those of us that embrace the movement, DJ LEACY is recognised for progressing the art of playing break-beats and championing the rhythms that drive a cypher. Inspired by the original New York masters, his pioneering influence of b-beats carries on tradition, unearthing gems whilst referencing the sounds of the early NY park jams and roots itself in the original form and definition of hip-hop DJing."
I'm reading: Leacy Still Rocking Them BreaksTweet this! Posted by Daily Diggers at 14:09