My fellow VINYL VETERAN MAC MCRAW's new 12" on the COLD ROCK STUFF label is now available to buy, so if you're a fan of that gritty SP1200 sound then get yourself over to the COLD ROCK STUFF website and grab a copy.
MAC is no rookie when it comes to releasing sureshot Hip Hop music, and began his vinyl career as a member of UK hardcore outfit SEVERE CARNAGE in the early 1990s. He also ran the revered PUMA STRUT label and recorded under the name BEATHOVEN. However my first encounter with MAC was many years ago when I heard the name WILDSTYLE BOB NIMBLE mentioned on a late night hip hop radio show, and thought to myself "that name is fresh ... who is that dude?". It wasn't until 25 years later when I got down with the VINYL VETERANS crew in Brighton that I realised that MAC MACRAW was actually WILDSTYLE BOB himself. That's a quarter of a century later and we are BOTH still obsessed with Hip Hop culture. That speaks volumes on how much Hip Hop grabbed the attention of us kids in the mid to late 1980s.

Nowadays MAC is the VINYL VETERANS head honcho, organising a thoroughbred team of enthusiastic vinyl lovers who share their musical passion with the club going crowds of Brighton town and beyond. If you've ever attended a VINYL VETERANS showcase then you know exactly what I'm talking about.

COLD ROCK STUFF proudly present MAC MCRAW's latest release "B-boy Bionics" b/w "Dust" featuring AUDESSEY (SOUNDSCI) and guest rhymes by none other than OXYGEN (VINYL VETERANS USA). THE PROCESS (JOHNNY CUBA & OLLIE TEEBA) have supplied a kick arse remix and once again MAC came to the DAILY DIGGERS and asked us to flip a little remix for "Dust". We have obliged and are proud to be involved once again with such a highly skilled team, in fact most of the time we don't feel worthy. Thanks MAC for getting us involved.

Here's some soundclips below of all tracks on the 12" - get yours before they're gone like hot cakes! 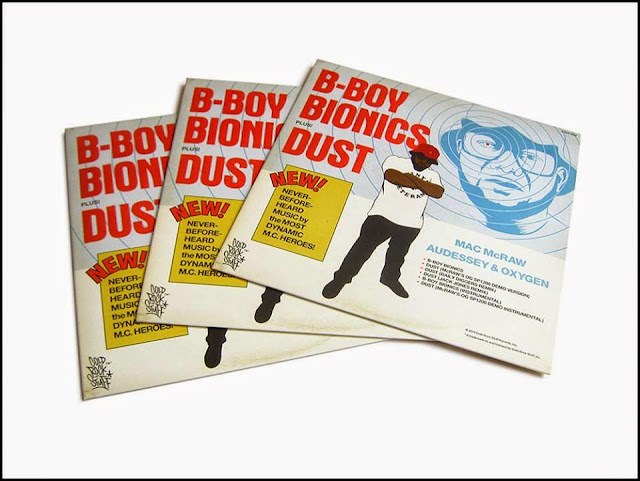 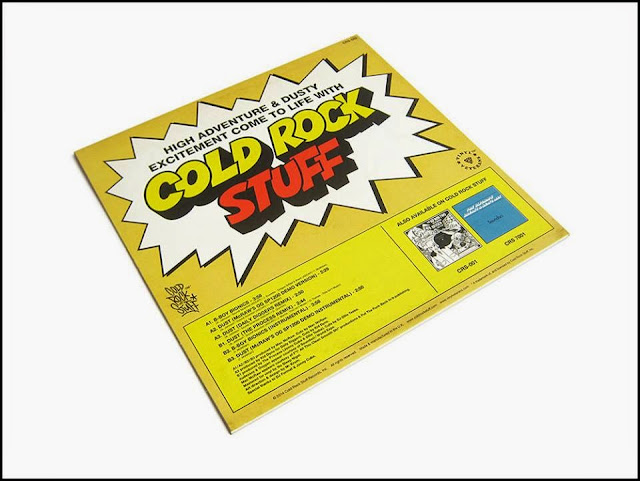 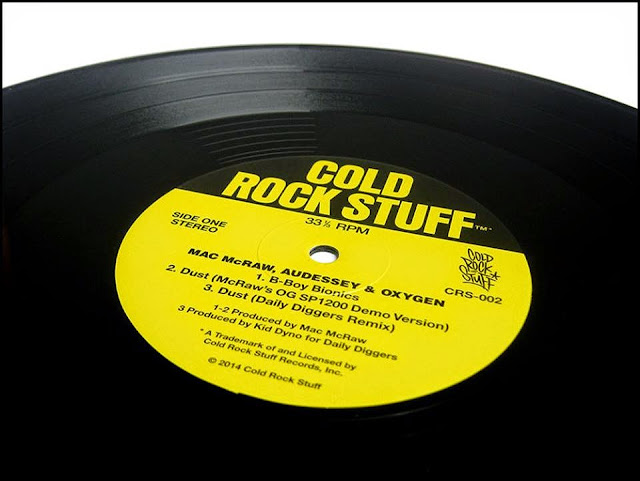 I'm reading: B-Boy BionicsTweet this! Posted by Daily Diggers at 11:03