Ooowwweee another sureshot single is about to drop that you just don't wanna miss. Mr gENSu dEAn has teamed up with the live guy with glasses, namely LARGE PROFESSOR for some boom bap antics on 45rpm, but you gotta be quick these seven inch singles will be selling like hot cakes! 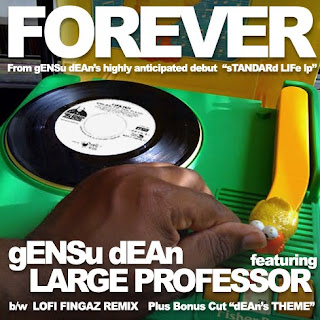 gENSu dEAn hails from Texas and is a producer extraordinaire, using his massive record collection and his trusty SP1200 to create new boom bap hits. The word here is longevity - he comes with no weak sauce just straight up butter beats for the MC of choice. You will no doubt remember he was the man responsible for the "Gone Diggin'" beat that OXYGEN used to tell his record diggin' stories. This time gENSu has teamed up with the man behind MAIN SOURCE and legendary dude EXTRA P.

"Who is gENSu dEAn? This question will soon be answered for those who are unaware! gENSu dEAn (aka lofi_ fINGAHz) may be Hip Hop’s best kept secret. Transmitting out of Texas like the great Dj Premier, gENSu dEAn utilizes a vintage sampler by Emu Systems called the SP1200 as his weapon of choice. 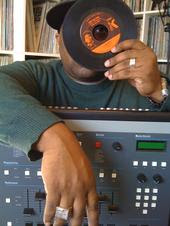