There's a very good reason for the lack of recent posts. Despite the rain during the last few weeks in July, the weather has improved for August and so it was time to cram in

some diggin' missions before the summer faded away for another year. But I gotta be completely honest, I'm having to work much harder and hit even more record spots these days to quench my thirst for beats. More often than not, I find myself making a mad dash across the city to reach as many places in one day as humanly possible. And if I have no joy at one location, then I save my cash and head for another spot.
Persistence always overcomes resistance, so suffice to say my hard work has been generously rewarded ... so let's share a few of my finds over the last two weeks...

HARRY "SWEETS" EDISON - "Ode to Billy Joe" AMERICA RECORDS LP 1980
If you want heavy drum breaks then this record will rock and shock your mind! The last song on side B is an absolute KILLER version of BOBBY GENTRY's 1967 song "Ode to Billy Joe" as recorded live by trumpeter HARRY EDISON in 1973 in Los Angeles. However this European pressing of the live performance did not arise until 1980, and despite searching I have yet to find or identify a US pressing. 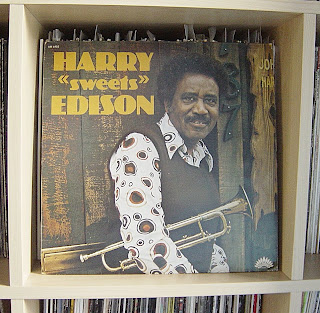 Anyway, let's get down to the crunch - have you ever heard a drum break that lasted over a minute and a half long? I thought not. And don't be fooled by the dope drum break at the introduction, that is only a taster of what is to come later on in the track.
Now normally I would not share a relatively unknown break with y'all without first dropping it here and there first and keeping it exclusive. But hey I'm feeling generous right now, and plus I already got my two copies so you got some catching up to do first LOL. Although many break heads do like to keep shit like this on the downlow, we here at the DAILY DIGGERS HQ like to spread a little break knowledge for the real beat fanatics. And as for our reward? Well I'm just happy to see good music go global yaknowhatimsaying? Yo peep this and remember WHERE you heard it first!!
HARRY EDISON - "Ode to Billy Joe"


KING ERRISSON - "L.A. Bound" ATLANTIC RECORDS LP 1977
Now it has taken me a few years to eventually find a decent condition copy of this classic disco break by the legendary percussionist behind the bongo drums in "APACHE". 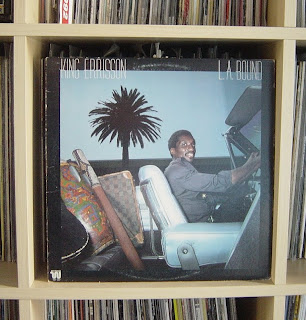 This record first came to my attention as it contains the track "Well Have a Nice Day" as sampled by ROXANNE SHANTE on her hit of the same name, and I have also heard deejays cut up two copies on an old school tape. You will surely recognise the bells in the intro, but it's the long breakdown half way through that steals the show for me. Pulsing disco drums keep the pace, whilst the bells, other percussive noises and drum rolls provide the funk before the bongo drums finally lay down the groove. This is 24 carat b-boy funk right here! Spin this in a club and watch the dancefloor fill.
This track also contains the "say what" sample as used in many hip hop tunes - see if you can spot it!
KING ERRISSON - "Well Have a Nice Day" 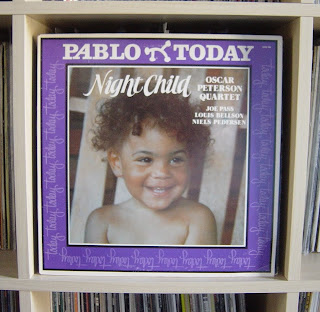 and NIELS PEDERSEN)and in particular the "Night Child" LP are exceptions to that. The track entitled "Teenager" is a favourite of mine not just because of the uptempo drum break intro, but because the whole track is a headnodder throughout. A great tune to play out - the sparse but potent drums lead into a Chameleon-esque bassline that HERBIE HANCOCK would be proud of, with guitar licks courtesy of JOE PASS and cheeky piano riffs from PETERSON himself. LOUIS BELLSON certainly proved his worth on the drums by keeping it uptempo throughout without losing the punch of the intro. Another recent purchase and again a welcome break "double" to add to the collection.
OSCAR PETERSON QUARTET - "Teenager"


TWIN HYPE - "Double Barrell" PROFILE RECORDS 1991 EP
TWIN HYPE are best known for their "Do It To The Crowd" 12" release from 1989 - a club-friendly hip hop joint that crossed over in a BIG way. Unfortunately this hit set the tone of what we expected from TWIN HYPE (twins Glennis and Lennis Brown with King Shameek aka Jose Matos) although the 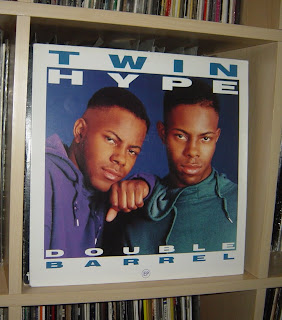 trio were capable of some serious hardcore beats n rhymes (check out LYRICAL RUNDOWN as featured on BREAKS FOR DAYS here). They followed their 89 debut with "For Those Who Like To Groove" - another club friendly record bordering on House music. But these first two releases were obviously aimed at commercial success (as were many hip-house tracks released by hip hop artists), and after these records TWIN HYPE then went on to lay down some serious hip hop aimed at the hardcore fans. I have to admit I also slept on this EP when it was released as I was expecting more of the same from them. How wrong could I be? The DOUBLE BARRELL EP is proof that dope uptempo hip hop from the late 80s / early 90s does NOT have to cost the earth, in fact this copy cost me a mere two pounds! Pick it up if you don't already own a copy.
TWIN HYPE - "Something Like Venom"
TWIN HYPE - "Double Barrell"


KING BEE feat KOOL KEITH & CED GEE - "Cold Slammin'" TORSO RECORDS 12" 1991
Just when I thought I had everything ULTRAMAGNETIC I stumbled on this KING BEE 12" in the second-hand book shop in DALSTON East London. On the rear of the cover it says "featuring KOOL KEITH & CED GEE from ULTRAMAGNETIC MC'S" so I simply had to cop it. The bookshop has a turntable to check out records, but at this price I wasn't about to worry, not with ULTRAMAGNETIC credentials at least! 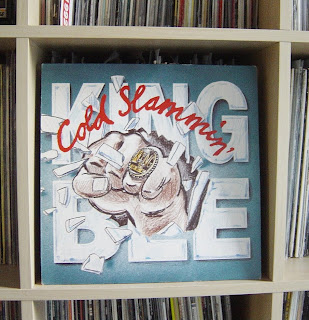 When I got back to the crib I wasn't disappointed, especially considering CED GEE and KOOL KEITH appear so much on this track, it may as well be ULTRAS ft KING BEE.
But don't expect this track to be as hype as KING BEE's previous release "Back By Dope Demand", which became something of an anthem in hip hop circles. Strangely enough this was another big crossover track if I remember correctly.
KING BEE actually hailed from Holland and this record is released on the Dutch TORSO DANCE RECORDS - but trust me this track is certainly no weak sauce. Produced by ALL STAR FRESH and remixed by ALL STAR FRESH and BC BOY. For you break heads, there is great use of classic breaks including ESTHER WILLIAMS's "Last Night Changed It All" 45rpm version, and also JACKIE ROBINSON's "Pussyfooter" during the scratch chorus. Dope shit!
KING BEE ft ULTRAMAGNETIC MC's - "Cold Slammin'"


AHMAD - "Who Can?" MOTOWN RECORDS 12" 1993
This is the dope debut release (as far as I am aware) by AHMAD, and the 12" is a promo release from the film soundtrack of the MGM film "METEOR MAN". AHMAD is possibly better known for his 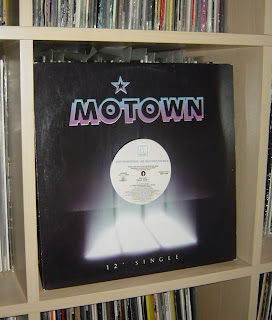 later record entitled "Back In The Day" which enjoyed great success a couple of years later in 1995. But for me this earlier track is the sort of Hip Hop I wanna hear. The beat is funky as hell and AHMAD has a nasal twang vocal thang going on, but overall the track hits you in the face from the word go.
The drum programs are very proficient for the year, and a rumbling bassline taken from "Tyme Cube" (by Tim Weisberg) keeps the groove throughout. Eerie atmospheric noises and echoing horns are then laced over the top for dramatic effect. I also love the flute loop thrown into the mix in the middle of the track. I hope you enjoy this track as much as I do. I guess I must be biased, as I also love the joint "Come Widdit" by AHMAD, RASS KASS and SAAFIR which also featured on a film soundtrack.
Unless I am mistaken the drum samples are taken from "Synthetic Substitution" by MELVIN BLISS. Produced by KENDAL.
AHMAD - "Who Can?"

Haha..Yes fellas. The 'Teenager' joint has been collecting dust in the SS vault for some time now. Headnod it is..

Hope all's cool over your way.

Gav Kasso speakin'...a little other info on the 'Billy Joe'...I got mine on the "I Giganti Del Jazz" series from Italy...number 53...you know the series with the almost generic white sleeves. Siiiick drums...wicked post.

The Baby on the front of the Oscar Peterson lp Knightchild is his Son "Joel Peterson" (used to be my roomate) He's a DJ now and his DJ name is no other than DJ Knightchild.

Just got the US pressing with Ode to Billy Joe on it. It's called Seven Eleven. Awesome. Do you know who the drummer is?